Has The British Pound Risen From The Dead? - Forex News by FX Leaders

Has The British Pound Risen From The Dead?

The UK will hold a referendum later this year on whether to stay in the European Union or get out (aka the Brexit). Now, even if the people vote out the leaving process will take several years and there will be plenty of paperwork. The will also be many negotiations after the “No” vote as neither party wants to separate. But still, the dangers are real and the UK-based companies are feeling the heat. London is seen as the financial capital of Europe… some of the largest insurance and other financial firms are based there and almost half of the global forex trading takes place in London. If Britons vote to get out a big chunk of these businesses will probably move to Frankfurt and that´s why the Pound has been declining during the last few months. 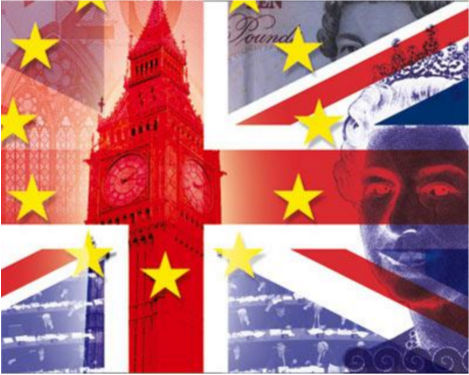 The song “Should I stay or should I go now?” is quite relevant for the UK right now

In the last two weeks, though, we have seen some signs of life in the quid. After GBP/USD reached as low as 1.4080 two weeks ago, it slowly reversed and we are now more than 400 pips higher. Right now, the price is knocking at the 1.45 door which is the bottom line of a resistance batch that extends to 1.4530. This level used to be a strong support before so it´s likely it’ll turn into resistance. It looks like the retrace is done and we are considering opening a long-term sell forex signal. We opened a sell forex signals last Friday around 100 pips lower and received 80 pips but the things don´t look so clear at the moment. The small pieces of positive data from the UK and the EU/UK draft are all adding up so instead of a retrace this may turn into a reverse, and that´s why we´re hesitating for the moment. We will have to wait and see how the price behaves.