UK Retail Sales – Will We Finally Get Our Chance to Open A Long Term Signal? - Forex News by FX Leaders

UK Retail Sales – Will We Finally Get Our Chance to Open A Long Term Signal?

But by mid-August, we started to get the economic data from the consumer side of the British economy and the sentiment started turning around after it showed that the everyday economy and life in general, continued just as they were before the referendum.

The retail sales number was the first piece of positive data from the UK to be published in August. I don´t know if you followed the market and the GBP pairs during that time, but the GBP started recovering some lost ground and by early September GBP/USD reached 1.3440s.

Later on, the sentiment reversed again and the GBP resumed the second leg of the downtrend, but after the flash crash a couple of weeks ago which shortly sent this forex pair below 1.20, the waters seem to have calmed again. This is a recuperation/consolidation period for GBP pairs and we hope that we get a good opportunity to sell GBP/USD. 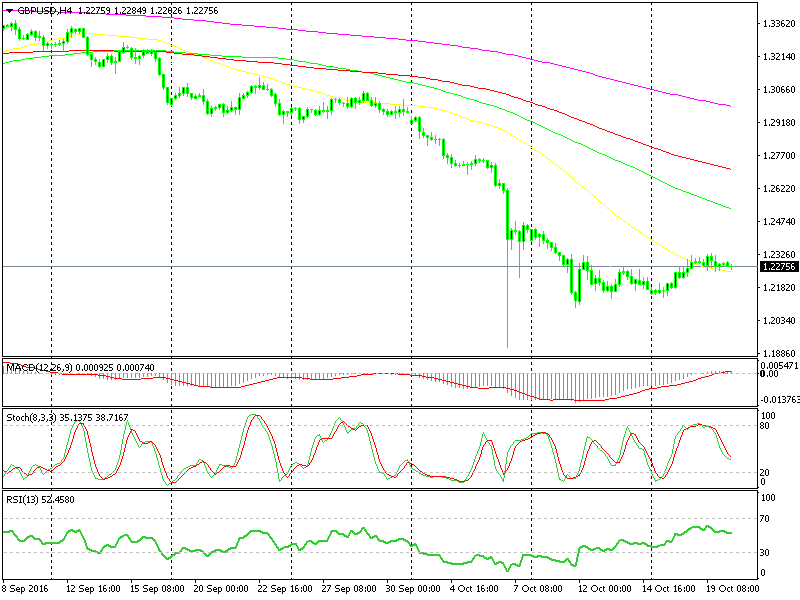 Will GBP/USD retrace to the 100 moving average in green?

The retail sales might present us with that opportunity, if the numbers are pretty good obviously. The retrace has already started in GBP/USD and if the UK retail sales number is followed by some more positive numbers from other sectors of the UK economy, then we might see this retrace stretch higher. I don´t exactly know how high the can reach, but 1.25-26 will be a good enough place to open a long-term sell forex signal.

Some of the big banks are calling for a top at 1.2650 but I´m sceptical the price will reach that high amid all this hard Brexit talk recently. So, 1.25 will be enough for me. It will be a great chance to catch the third leg of the downtrend.