Good morning to all FXML followers out there. Here we are on a Monday morning after having a great week last week. We hope to offer the same performance this week as well with our forex signals, but first, let´s look at some technical levels to get a general idea of where we stand and what levels we are going to trade today.

NZD/USD – Let´s start with NZD/USD since we just opened a sell forex signal in this forex pair. The first resistance level where we based our signal on, comes at 0.7035. That was the swing low on Wednesday and that´s where the 50 simple moving average (50 SMA) stands on the NZD/USD H1 chart. Above there comes the second resistance level, 0.7070. The 100 smooth MA, which has provided support previously, stands up there so it will turn into a resistance level now. 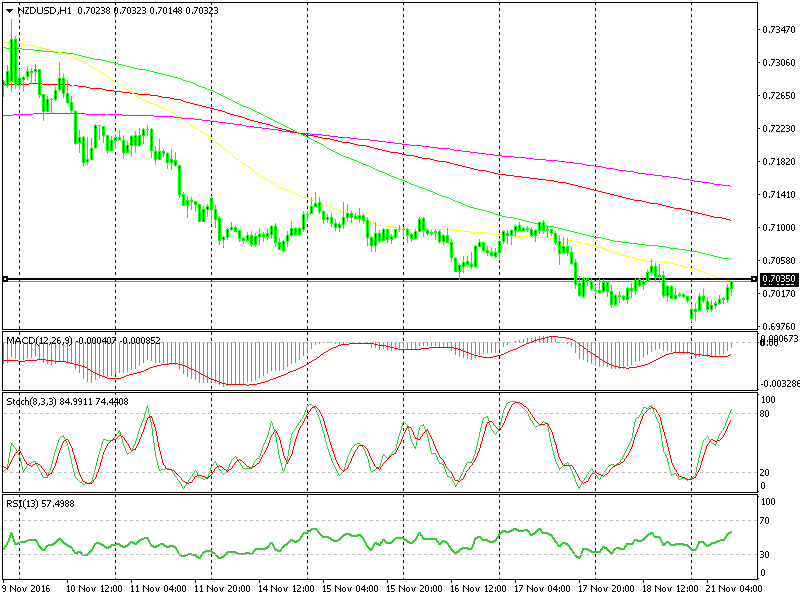 Looking at the bottom side, today´s low at 0.6985 is the first and probably the strongest support level. It´s where the 100 SMA stands on the daily forex chart, so that makes it a major level. Below that comes the 50 SMA at 0.6950, so these are the first two support levels in this forex pair.

Judging by the NZD/USD price action, I don´t think we´ll reach any of the outer levels today, but it´s nice to know what´s around us. The 50 SMA on the top side seems to be doing a nice job as I write because it is rejecting the price and the sellers are losing steam.

Decisive Time for Oil at MAs, As OPEC+ Comes Back
7 hours ago
Weekly Outlook, Apr 12-16, 2021: Top Economic Events to Watch This Week
The broad-based U.S. dollar is going to end this week on the bullish track even as downbeat U.S. jobs figures and a stubbornly dovish U.S...
19 hours ago