The UK construction report from Markit was just released and it is another green number from the British Isles. The reading came out higher than expectations at 52.8 PMI. This is the third consecutive month in expansion after the contraction we saw in the summer months after the Brexit referendum.

The GBP seems unimpressed, to say the least That´s because a lot of things are going on in the mind of GBP traders right now, making them confused, hence the choppy price action of the last few days.

This is a positive number but that´s not what we were used to expecting from the UK construction sector one or two years ago. If you remember, this sector used to be on the forefront of the UK economic recovery since the 2008 global financial crisis. 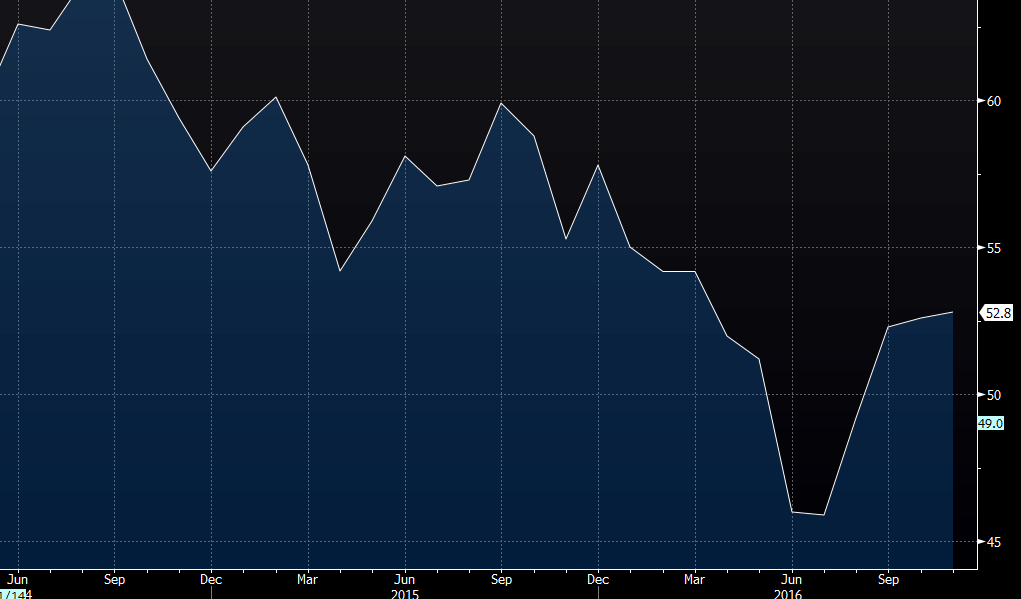 This report looks good now, coming from three months of contraction during summer, which was a normal reaction to the uncertainty and panic that engulfed the financial markets after the Brexit vote. However, looking at the UK construction chart, you can see that these are the lowest levels since 2012-2013, if we leave aside the 3-4 month period before and after the Brexit referendum.

Tim Moore, who is the guy that "invented" this report, said that the projects which have been put on hold due to Brexit have resumed again now. This can be both a positive and a negative signal because it means that the firms that have frozen their projects after the referendum are going back to work, but at the same time, if that´s the case, then the projects for the current period must have been nonexistent. Otherwise the PMI indicator would be at least in the 56-58 region if the projects for both periods would take place now.

Even if the past projects didn´t contribute to this month´s construction PMI, the 52.8 reading is still pretty low. So, this is not that good of a report and the GBP is doing the right thing at the moment by ignoring this data.