Where Do We Stand This Morning After the FED? - Forex News by FX Leaders

Where Do We Stand This Morning After the FED?

Last evening, the FED released the FOMC minutes from their last meeting in December. They increased the interest rates back then, which was widely expected, so the minutes were what the forex market was more interested in.

However, I mentioned in our last update yesterday that I didn´t expect much action from that release. So, the market received the minutes, made a few adjustments overnight, and now it´s over them already. 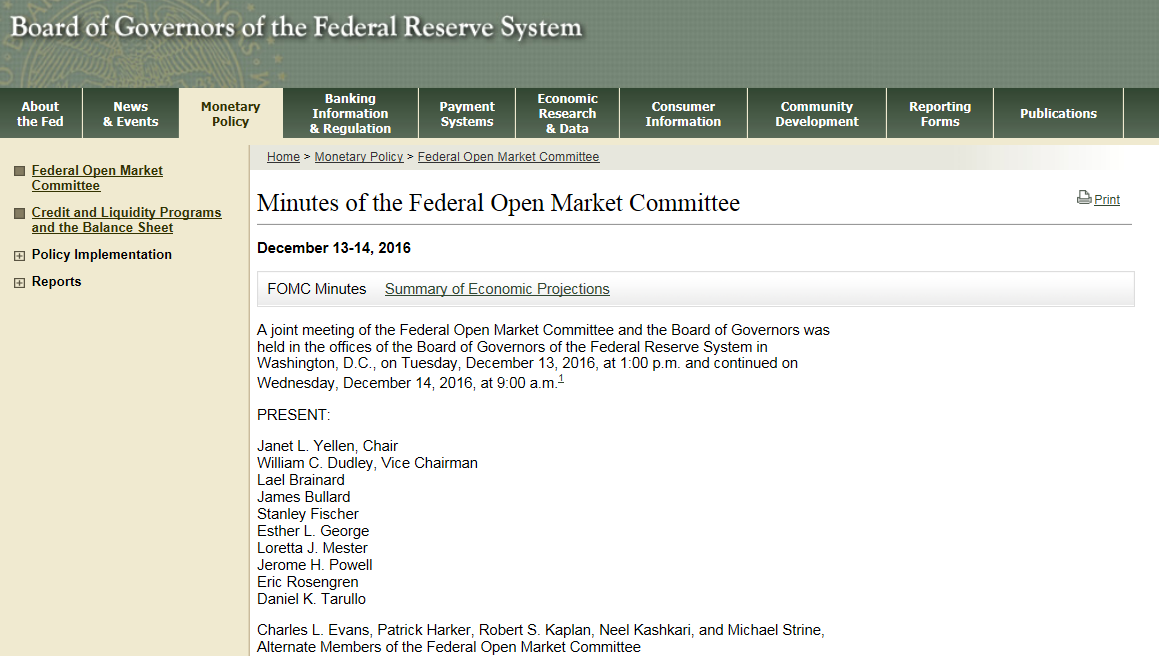 Here are all the participating FOMC members for general knowledge.

Ar first, the market didn´t know how to take the minutes since the comments were mildly hawkish, but that was as expected as the interest rate hike in December. In fact, investors and forex traders were expecting a more hawkish FED in the minutes.

I, for instance, was expecting them to be clearer about rate hikes this year with the fiscal stimulus coming up. They acknowledged the upside risks coming from Trump´s fiscal plan, but they also remained very uncertain about the impact in the economy.

They did emphasize it, once again, that they saw gradual rate hikes appropriate for now. That´s exactly what we got last December when they first started the monetary tightening policy and we never had another rate hike since then. So, why should forex traders believe they will hike the interest rates more than once this year?

That´s the thinking spiral the market got into and down went the Buck. EUR/USD has surged more than 100 pips overnight while USD/JPY has lost about 200 pips. We´ll conduct a technical analysis for some of the major forex pairs in a while since the forex charts are substantially changed this morning.

I can say one thing though; the FED were not as hawkish as the market was expecting and the Buck has been on the backfoot since last evening, but it might be over now. This would be a good opportunity to buy the USD, but let's wait and see first if this USD selloff is really over or whether we´ll see another wave of selling.