The economic data is very light today, with the US JOLT jobs opening being the only guy in town. This is not a market mover, after all. Market sentiment and technical levels remain the only market moving forces in such times, so let's have a look at some of these levels.

Resistance – As you can see from the hourly EUR/USD chart, the 1.0620-30 has formed some solid resistance in the last several trading days. That´s followed higher by the 1.0650-60 level, which is the second resistance level. 1.07 is obviously a big level, so that would be the third resistance. 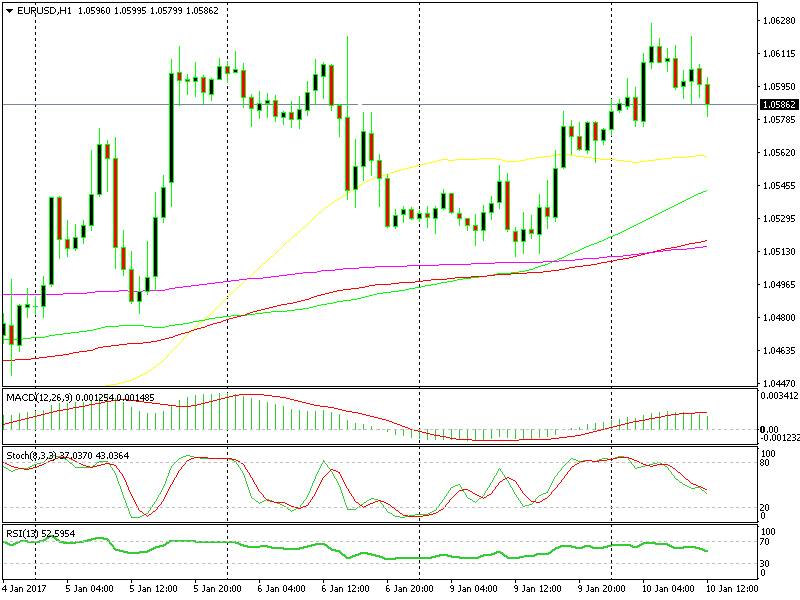 Then there´s some mild sell orders between 1.0730 and 1.0750. The final and ultimate level remains 1.0800-20. That has been holding this pair from slipping lower for about a year, so it will obviously be a big hurdle for EUR/USD buyers, if we do get up there. To me, that would be the perfect place to sell.

Support – The closest support level right now is 1.0580, which provided some mild support on Friday morning. It turned into soft resistance yesterday, so it will provide some sort of support as we try it again today.

The 50 moving average (50 SMA) in yellow will provide some support if the price continues to slip down, since it has been providing support and resistance in the last two trading days. 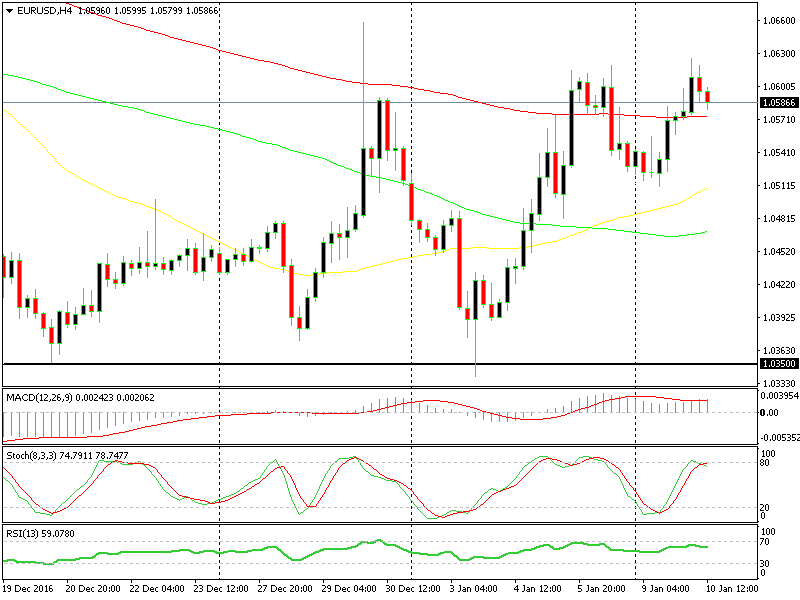 The sellers have to break moving averages one by one if we´re to move down.

The first decent support though comes at 1.05, give or take 10-15 pips on either side. We have a number of moving averages hanging around the on the H1 EUR/USD chart and the 50 SMA on the H4 forex chart.

The 20 SMA on the daily forex chart has been acting like a 50% pivot point for this forex pair and that´s standing at 1.0470-80. That used to be the high during the past two weeks, which makes it the next candidate for support.