Previously, it has been trading in a bullish tone in the wake of sentiment that OPEC members may cut output to support the falling oil prices. Moreover, the OPEC is scheduled to announce its first estimate of its January production based on the secondary sources in its cyclical oil market statement on Monday.  Besides that, the U. S. Energy Information Administration will release its monthly update on domestic oil and natural-gas shale output. 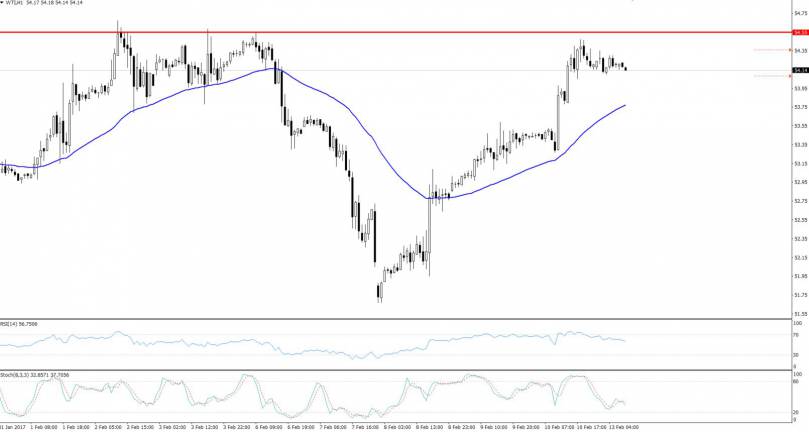 2 Things to Look For:

Technically, the WTI crude oil seems to be bearish falling below $54.55, which is a major resistance level. Moreover, the WTI is trading in an overbought territory and needs to retrace back before further buying. The RSI has also crossed below 50, demonstrating a bearish tone.