Today in the early Asian session, the U.S Dollar continues to trade at $101.89, up +0.15%. As we discussed in the 1st of March Morning Brief, the month of March is full of trading opportunities. The bullishness in the single currency Dollar is fueled by increased demand. If you are still thinking that the strength in the Dollar is caused by Trump's remarks on tax cuts and immigration policies, then I'm afraid you are missing some major fundamentals.

At this moment, the investor's main focus is on the FED's rate hike sentiment. Recalling the "Dot Plot" stats, the majority of the Fed officials expect to have 3 rate hikes in the year 2017. The first rate hike of the year can begin from the month of March. We have seen a considerable growth in the U.S labor markets, inflation figures, and the GDP. Despite the fact, my opinion is a bit different from others.

My Opinion, Keeping Trump in Focus

In my view, the FED is likely to keep the rates "unchanged" for the month of March. I don't neglect the optimistic U.S economic figures, but the upcoming ambiguous policy actions by Trump are likely to force the Federal Reserve to hold their policy actions until things become clear.

As suggested in our "1st of March Morning Brief", the EUR/USD is likely to maintain a bearish momentum since investor's focus remains on Trump's favorable remarks that massive tax reliefs are on the way. Moreover, the Fed rate hike sentiments in also underpinning the single currency, U.S Dollar.

Besides that, investors ignored the favorable release of the German unemployment rate. The figure showed that 14,000 people got jobs in the previous month, whereas the economists were expecting 10,000. 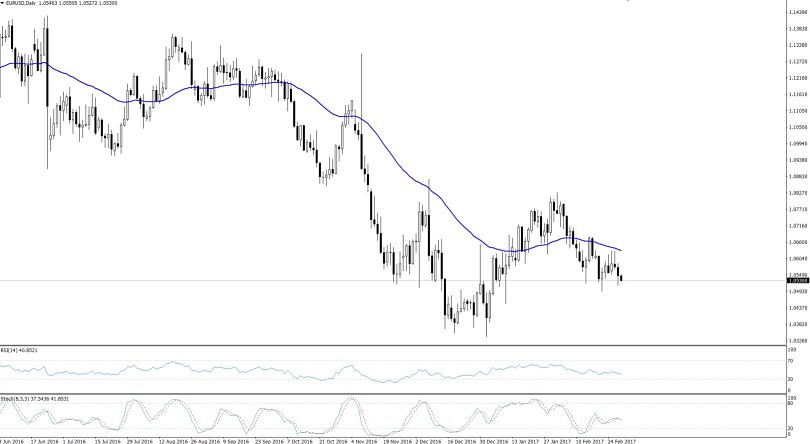 Let's have a look at the technical side of EUR/USD. We can see that the major is trading bearish at $1.0531, down 16 pips in the early trading sessions. Aside from the fundamentals, the selling trend is also supported by the oscillator indicators, particularly the RSI, which is holding at 40. Investors are recommended to stay on trend and have sell positions below $1.0560 with a target of  $1.0500.

We have seen a dramatic change in the trend of USD/JPY. Yesterday, the investors pulled out their investments from the Safe Haven securities to place it into riskier assets. It happens when investors feel certain about the future economic conditions.

The strong bullish reversal has helped the USD/JPY pair to gain more than 240 pips in this week. As we discussed earlier, the major trend is caused by the 38.2% Fibonacci retracement in bigger time frames and the double top pattern in the daily timeframe. This is, of course, signaling a bullish momentum in the pair. 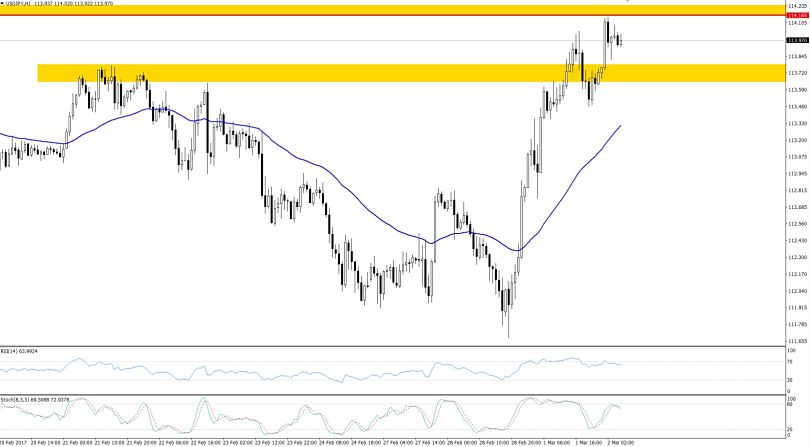 Crossovers in the USD/JPY

In addition to this, we can observe that the pair has crossed above the 50 periods EMA, along with the RSI, that has a crossover above 50 in the daily timeframe. Both technical tools are supporting the bullish trend in the pair.

Considering the fundamentals and technicals, I recommend you guys enter a buying position on a dip. Significant trade levels are $113.600 with the take profit at $114.445 for the day.

Check out our free forex signals
Follow the top economic events on FX Leaders economic calendar
Trade better, discover more Forex Trading Strategies
Related Articles
EUR/USD Facing the 200 SMA As Sentiment Remains Negative
We have turned bearish in EUR/USD as the bullish pressure fading and the price heading for 1.07 now
14 hours ago
USD Ending the Week Up As Data Shows No Recession
The USD is looking quite bullish now after a rollercoaster ride during last weekend
2 days ago