Yesterday, the dollar index traded mixed despite the optimistic fundamentals from the United States. This was because most of the investors felt uncertain about the unexpectedly positive existing US homes figures. The US existing home sales surged from 5.56M to 5.62M, which is higher than the predicted 5.54M.

Additionally, the investors switched their interests to the sterling after Queen Elizabeth delivered a Brexit-focused speech. In her speech, Queen Elizabeth outlined 8 bills that lawmakers should concentrate on in order to ensure a smooth Brexit. She also stressed the need for an immigration law that would be one of the key features of Brexit.

Today, investors are recommended to focus on the following fundamentals. The Core Retail Sales from Canada & Unemployment Claims from the United States seem to be the most important on the list.

Yesterday, the EUR/USD gained support near $1.1120 during the US session. The market kept on consolidating due to a notable lack of new economic events during the day.

We had no significant Eurozone data releases as well as no remarks from ECB officials to extend another bullish or bearish push to the market.

Once again, the market is likely to trade in a boring sideways trend, with no trendy trade opportunity. Let's take a look at the trade setup below. For a better understanding of EUR/USD, refer to the article here.

Today the central point is $1.1160, which is likely to define the bullish or bearish trend. Investors are recommended to buy only above 1.1160 with minor stops below it and take profit above at $1.1190. 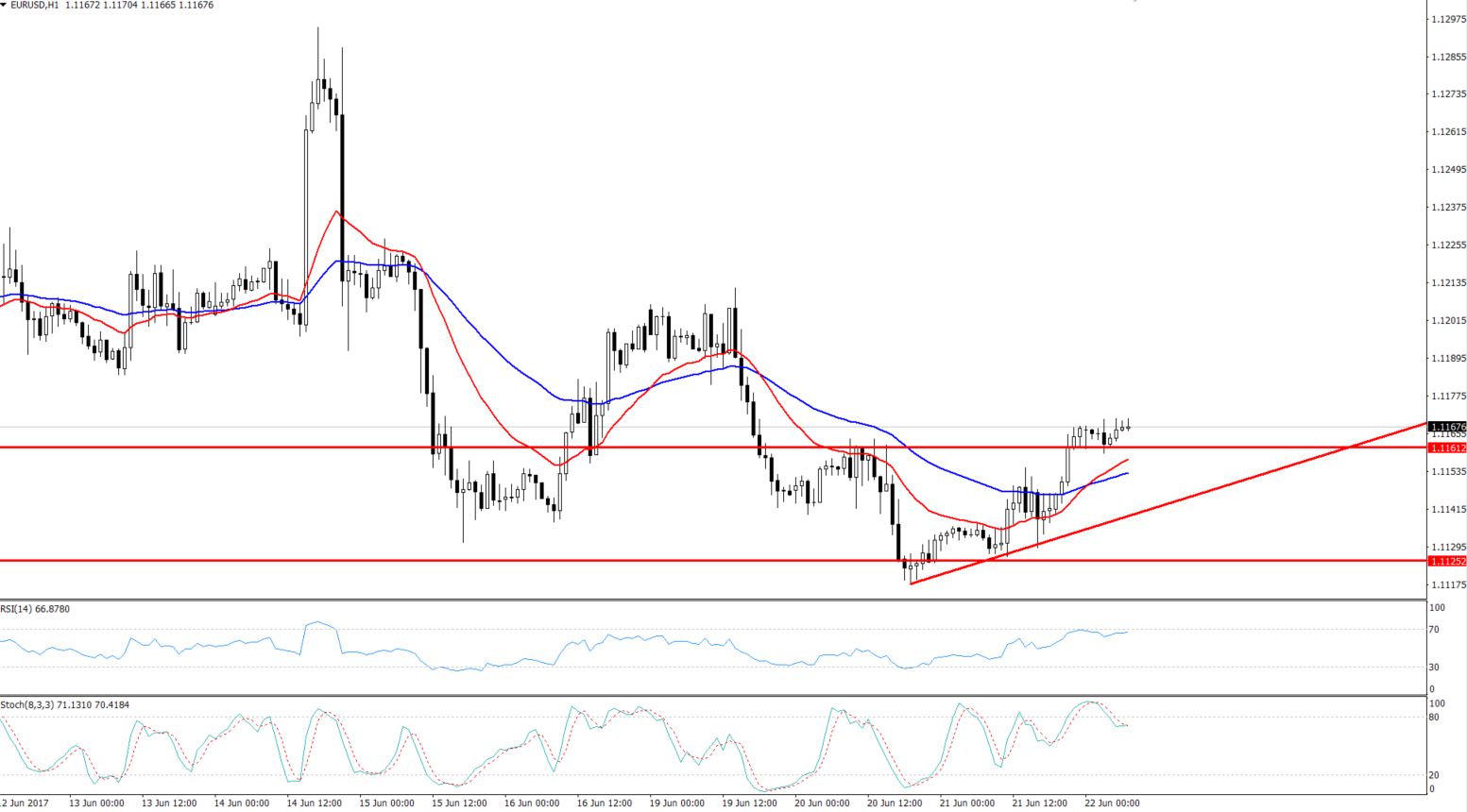 I can see a slight shift in the technical outlook but in lower timeframes. For instance, looking at the hourly chart, we can observe a bullish crossover in the 20 & 50 periods moving averages. This crossover signifies the beginning of a bullish trend. For more about moving average trading strategy, refer to the article here.

As we can't base our decisions on a single technical friend, let's refer to the leading indicators on the same timeframe. The RSI and Stochastic are bullish above 50, supporting a bullish trend in the EUR/USD.

Lastly, the pair has crossed and closed above a major resistance level of $1.1160, which is now working as a support level. Let's wait for the US fundamentals to see which side investors choose.

Investors are likely to trade the dollar with a bullish bias during the European & US trading sessions before the release of macroeconomic events from the United States. Additionally, we need to monitor the Canadian Retail Sales and Core Retail Sales m/m as they could provide us with a reason to enter the thinly volatile market.