As we mentioned in the previous update, the central bankers are in full swing today since they are all meeting in Portugal for the ECB forum.

The heads of four of the major global central banks are all speaking right now and they are sending the forex market in all different directions.

However, the action started an hour before the central bankers appeared. Bloomberg reported some sources from the ECB saying that the market misinterpreted Mario Draghi's comments yesterday.

Draghi said yesterday that “while there are still factors which are weighing on inflation, at the moment they look like temporary factors which a central bank can look through“. The market read it as a signal to start hiking interest rates and the Euro surged.

Now Mario Draghi and the ECB are trying to play the game in the opposite direction, although the market is not buying it. EUR/USD dropped 90 pips after the comments, but it has recovered all the losses.

On the other hand, BOE´s Mark Carney sounded pretty hawkish when he said that “some removal of stimulus is likely necessary as spare capacity erodes”. We´ve heard similar comments before but this time Carney sounds more confident.

GBP gained about 150 pips off of Carney´s comments which sent EUR/GBP nearly 100 pips lower to the 100 SMA on the hourly forex chart.

We decided to open a buy forex signal down here, since this moving average has provided solid support previously.

Let´s hope that the market realizes that the BOE is not going to hike interest rates soon and EUR/GBP resumes its uptrend. 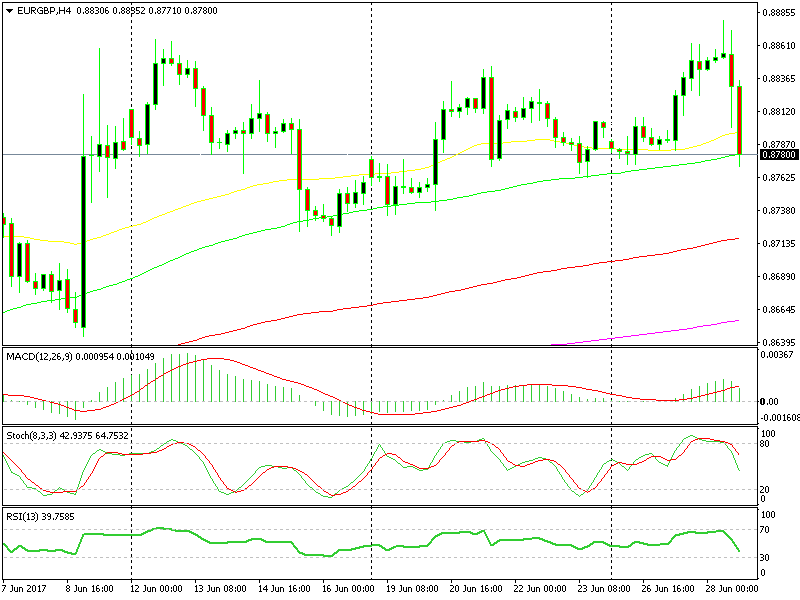 That moving average looks strong enough to support our signal 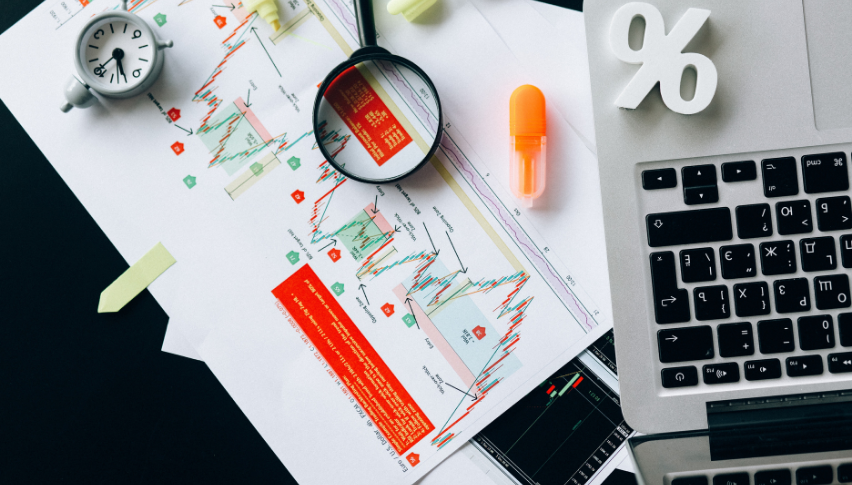 Sideways Trading in Gold Continues - Brace for a Breakout!
5 hours ago