What’s Next For EUR/USD? - Forex News by FX Leaders

What’s Next For EUR/USD?

The 100 SMA (red) is waiting around there as well on the weekly forex chart and we might dive below it again. We can´t rule that out unless EUR/USD moves substantially higher.

Now the fundamentals have taken over. However, let´s take a look at what stands in the way above these levels because at some point this uptrend will come to an end. 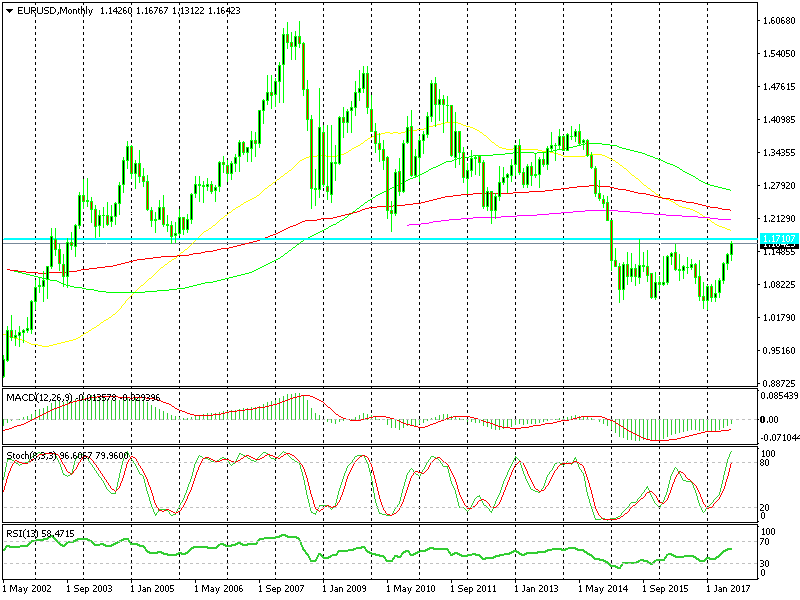 The next decent level of resistance comes at 1.1715

First, comes the high from two years ago when the Chinese stock exchange saw some heavy selling in just a few days and panic set in. It comes in at 1.1715 according to my broker´s platform making that the first decent resistance level.

Then, there is the 200 SMA (purple) which has provided solid support many times when EUR/USD was trading in a wide range between 1.20 and 1.40-50. That´s supposed to turn into resistance now. It is waiting at the bottom of that range and that will be the ultimate resistance. But, there are 500 pips standing between here and there, so it will take time if it does indeed happen.