During the previous week, the precious metal gold has soared to place multi week highs at $1271 over the weaker dollar and the ongoing tensions between North Korea & the United States. Since the gold is considered a safe haven asset, so the investors count on it to secure themselves against the uncertainty.

This week, the gold is heavily depending upon the top tier economic figures from the United States. Yes, I'm talking about the U.S NFP & unemployment rate. Ahead of releases, the yellow metal is likely to trade technicals, so let's take a look.

Zooming out to the 4 hours chart, the gold has formed a bullish channel which is proving it a resistance at $1271. The resistance is also confirmed by a bearish engulfing candlestick pattern followed by a Doji, which is formed right below $1271. Bearish engulfing is a reversal pattern that signifies a selling bias of traders. Anyhow, you can refer to FX Leaders candlesticks trading strategy to enhance your understanding. 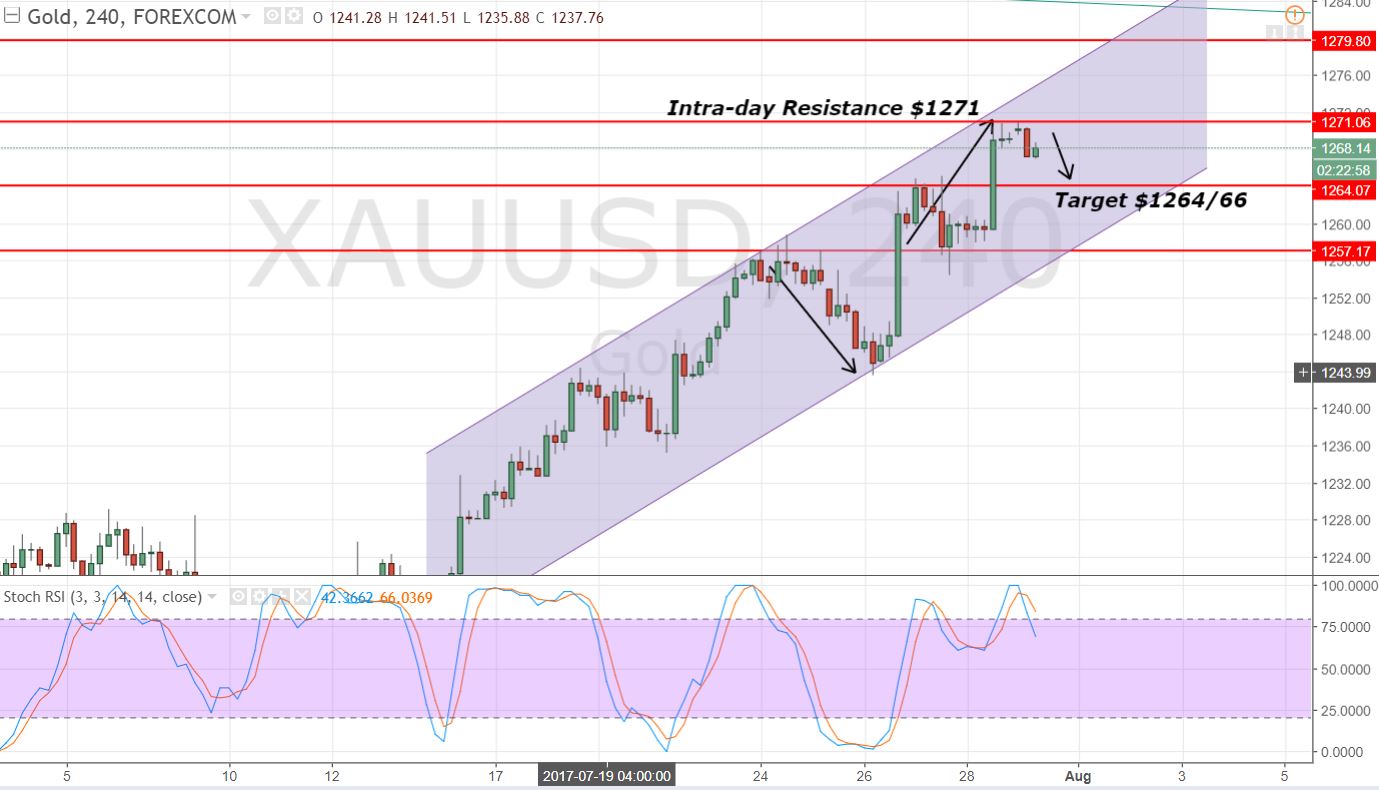 Today, the idea is to stay bullish above $1262 with an intent to target $1272. On the other hand, we can stay in sell below $1271 with a stop above $1274 to target $1264. We also need to monitor the Pending Home Sales and Chicago PMI later today to determine further trends in the Gold.