Are You Ready To Take Black Crack Down? - Forex News by FX Leaders

Are You Ready To Take Black Crack Down?

When talking about Black Gold, it looks like we on a right track. It's still pushing higher towards the previously suggested target level of $50.75 while keeping up with a six-day bullish momentum. So, what should we expect from oil now? Let's take a look: 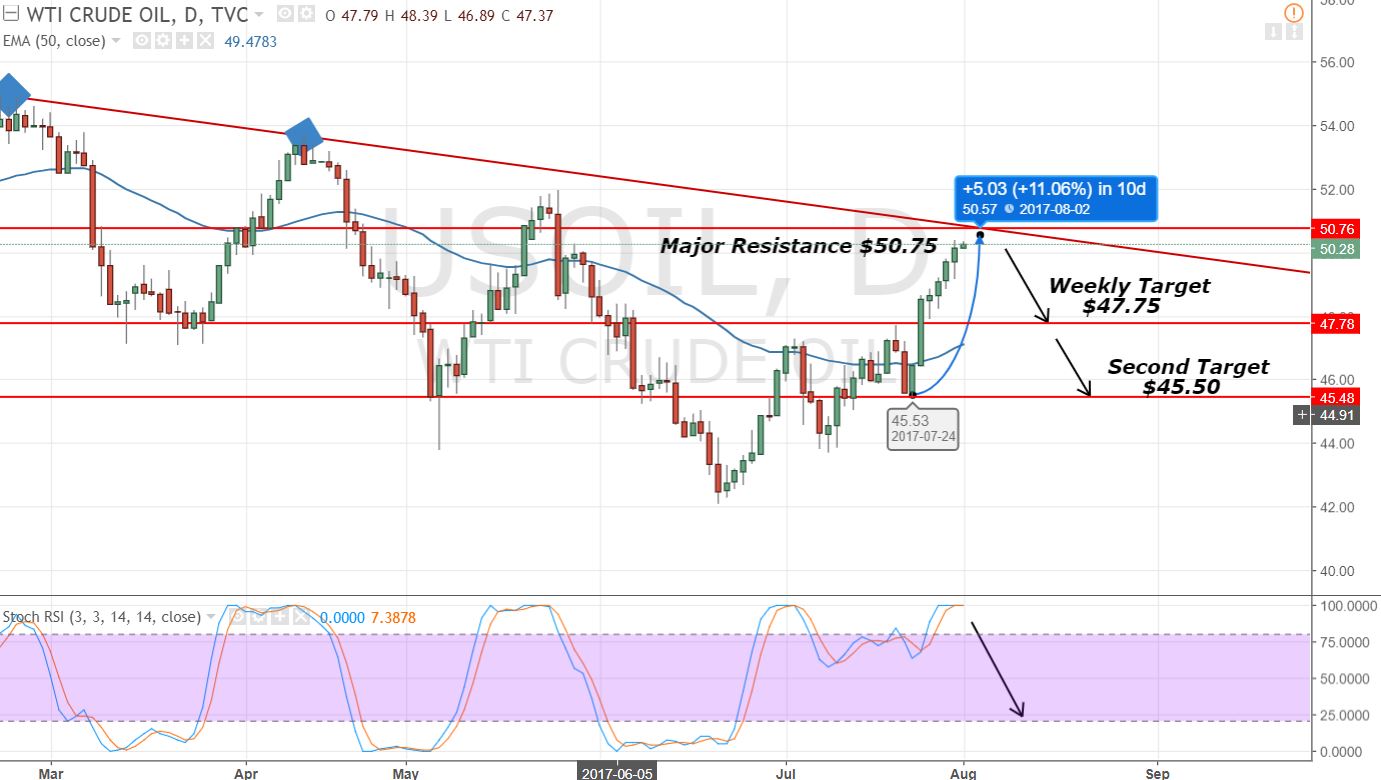 On July 31st, I suggested waiting for the oil to target $50.75, the level shared by a major trend line resistance. At that time, I also discussed the weekly target of $47.75. However, I'm still staying out of a sell for now.

In fact, I'm waiting for $50.75 to short oil hopefully soon. This is due to multiple reasons:

– The oil prices have reached a long term trendline resistance of $50.75

– Though the price is above 50- periods EMA, it's supporting the oil at $47.15. This is quite far from CMP (current market price) of $50.27. This signifies that the prices should be somewhere around $47, technically.

– Stochastic & RSI is hitting the upper boundary (+80), demotivating buyers from entering the market. This is also converting the buyers into sellers.