Is The Trend Changing For Gold After The Record US JOLTS Jobs Opening? - Forex News by FX Leaders

Is The Trend Changing For Gold After The Record US JOLTS Jobs Opening?

Gold has followed an uptrend during most of last month; the uptrend was relentless but the things are changing for Gold, or so it seems at the moment. 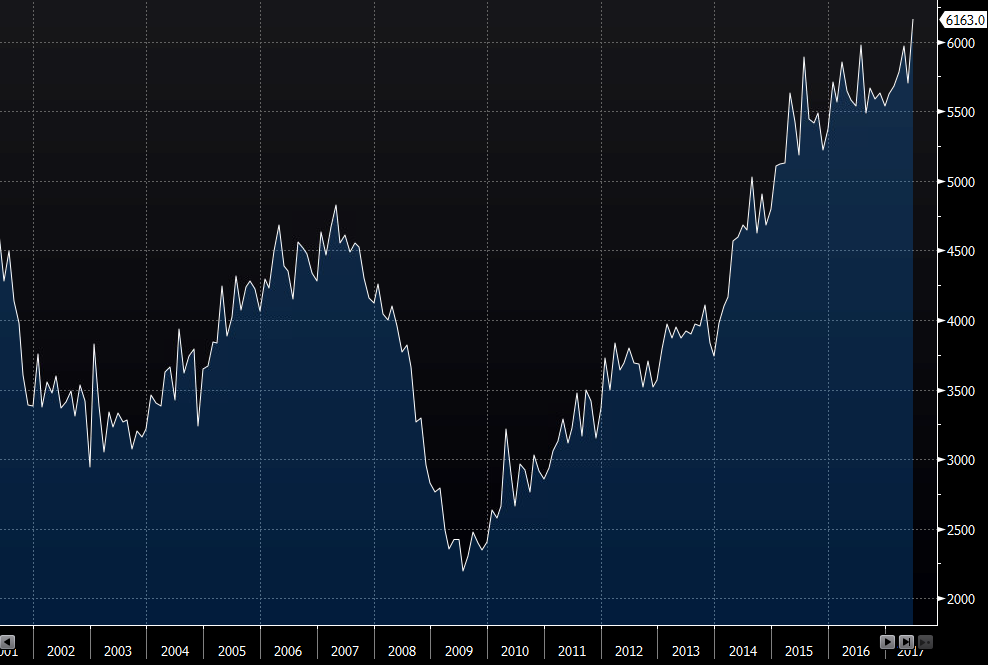 Record jobs in the US, but wages are still lagging

Last week we saw the precious metal consolidate and trade sideways, which wasn´t a good sign for Gold bulls. Then, on Friday, Gold took a massive 16 cent dive after the US employment report. That was the second signs that a reverse or a deeper retrace was coming.

This week, Gold retraced higher but it didn’t look like a continuation of the downtrend because the move higher was to anaemic compared to the upward moves we have seen in July.

Well, today the reverse/retrace seems more actual; the US JOLTS job openings jumped to a record number of 6,163k and the market reacted pretty quickly to it. This is not the biggest market moving piece of data, in fact, it barely has any effect on the markets, but this is the biggest number ever so the market is expecting something bigger form the US in the coming days or weeks.

So, everyone is buying Dollars at the moment which seems weird after the market has ignored a lot of more important data from the US. 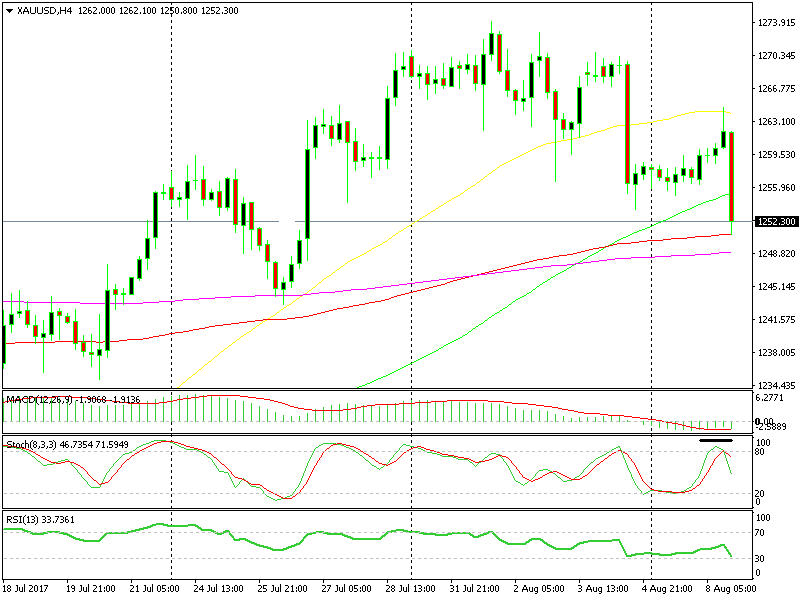 The H4 Gold chart shows that buyers failed to break the 50 SMA (yellow) and it reversed back immediately after that. Then the JOLTS jobs data was published and the real tumble started, taking Gold 16 cents lower in total.

It would have been a perfectly good trade had we sold at the 50 SMA, but we missed it so now the next trade comes after the break of the 100 SMA (red). It is acting as support, but I would sell once this MA goes, with a stop above it, normally.