As mentioned in the previous forex update, the safe haven assets are suddenly back in demand. The North Korean “supreme leader of nothing” is playing one of his games again and the forex market is getting anxious.

Though no one takes North Korea seriously, they can disrupt the financial markets and that´s what’s been happening today. 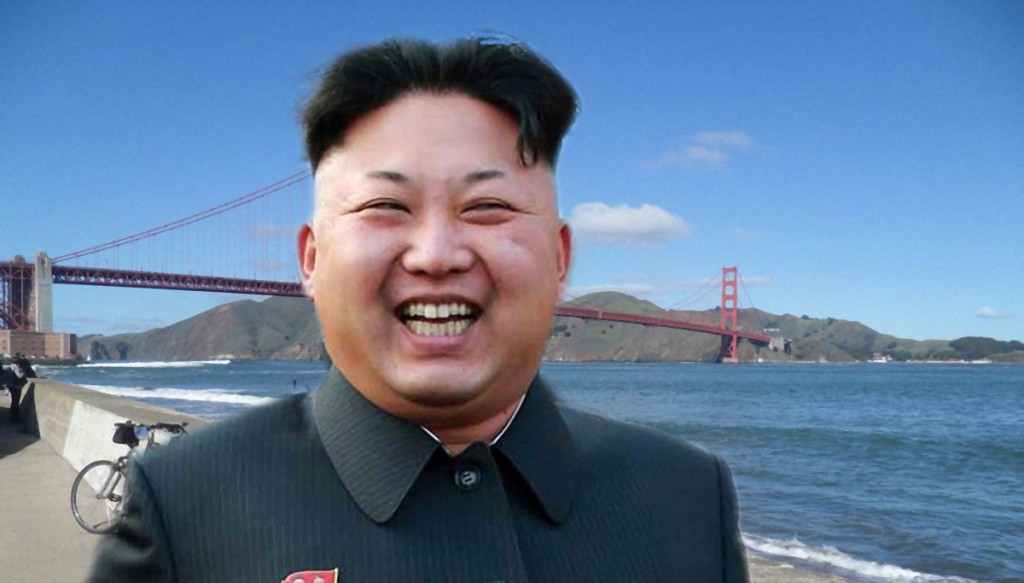 Isn't he a cheeky chap?

USD/JPY finally broke below the 110 support level. I say finally because sellers had a few attempts at this level and managed to briefly pierce it a few times, but the price never closed below it, so they don’t count as proper breaks.

Today though, the H1 and H4 charts broke below it. However, we will cover this forex pair more in depth in the next forex update.

Similarly, EUR/CHF has taken a deep dive to below 1.12, from above 1.15 just yesterday, though the run to safety is more visible in gold. It seemed like gold had put in place a top last week and in the last several days gold dived around about 20 cents. In the last two trading sessions though, gold erased all the losses and it is now threatening the resistance area which stretches from $1,270 to $1,274.

We can't know when this run to safety will be over, but I don´t think it will last much longer. North Korea threats seem to be full of hot air and China will soon put an end to this nonsense, though I doubt we will hear anything about it because our neighbors in the far east like to keep things pretty confidential.

If you´re trading safe haven assets, it's best to wait a few sessions before shorting JPY, CHF or Gold.

We opened another sell forex signal in this forex pair a couple of hours ago because the price was retracing higher after yesterday´s lows.

The British Pound started to decline when the BOE (Bank of England) turned slightly dovish last Thursday after being slightly hawkish in the previous meeting. GBP/USD also declined further when the US employment report came out slightly better than expected on Friday.

So, the whole picture turned bearish for GBP/USD and we have kept a bearish bias since then. We missed the chance to open a long term signal at the top when this pair was at the 200 SMA on the daily chart, but we´re waiting for a retrace higher to get on the southbound train.

Meanwhile, we´re trying to make the most of this move downward with short term forex signals. We opened a sell forex signal yesterday when the price was banging against the 50 SMA (yellow) on the H1 forex chart and we did the same today. 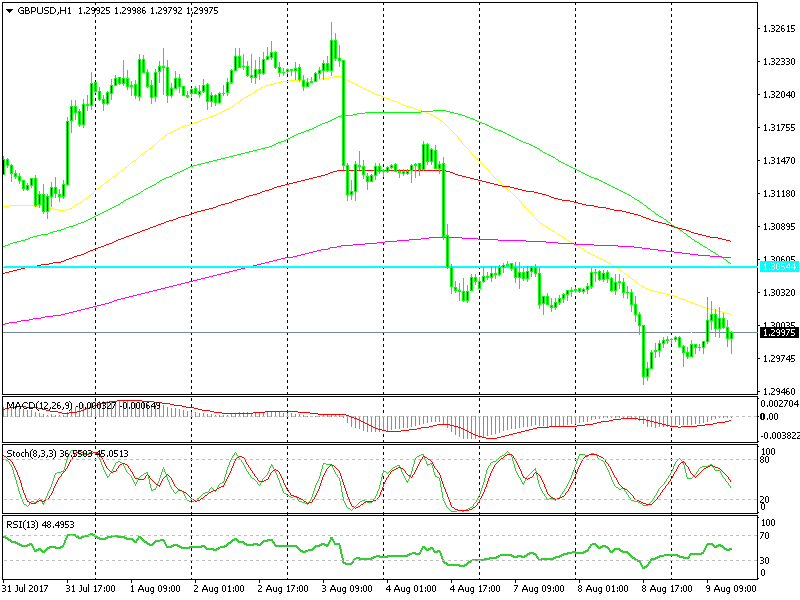 If we break the 50 SMA, then the next place to sell would be at the resistance line

The price had reached the 50 SMA again but it was unable to break above it. As you can see from the hourly forex chart above, there are about 5-6 candlesticks just below that moving average which means that the buyers were trying and failing.

The stochastic indicator was overbought and headed downward, so we decided to take a second shot at this forex pair, which was the right thing to do.

Trade Idea: Now the buyers are pushing back up again and we’re headed towards the 50 SMA. If we see the buyers give up at the 50 SMA again, then I might be inclined to open yet another sell forex signal there. But I think that this time the 50 SMA might break. Although, we can find a resistance level about 40 pips higher at 1.3055, which has been the high so far this week. If the 50 SMA goes, then this is the level I’d be looking to sell as our support & resistance strategy suggests.

The US unit labor costs took massive a dive just now as the numbers were published. Last month the labor costs increased by 3% which is pretty good, even for this stage of the economic recovery. The average hourly earnings last Friday were also positive, so the market got excited that US workers were getting paid more.

Wages are a very important aspect of any economy because they are reflected quickly in the economy. Today, the labor costs took an unexpected turn to the downside: last month’s number was revised to 2.2% from 3% and this month’s number came at 0.6% against the expected 1.1%.

True that the labor unit costs are not as important as the average weekly earnings that were published last Friday, but they take away from the little positivity that was gathering around the US wages data.

Last month´s number was revised again, this time higher to 5.4%. That´s a huge revision upward and it is sending the buck higher. That´s compensation for Q1 being paid in the second quarter. That´s too good a number to go unnoticed by the FED or the USD buyers.

The USD has just climbed about 50-60 pips and our forex signal in AUD/USD just hit take profit. Despite the disappointing numbers this month, last month’s revision makes a pretty good reading and it should be another reason for the USD to keep heading up.