What Should We Trade Now? - Forex News by FX Leaders

What Should We Trade Now?

It seems like today is going to be another quiet day. But there are trades to be made even in such markets,

So, what trades are on the horizon?

The most visible trade is in EUR/USD. This forex pair is at a major resistance-turned-support. The 1.1715 level provided resistance exactly two years ago when the flash crash happened in the Chinese financial markets. 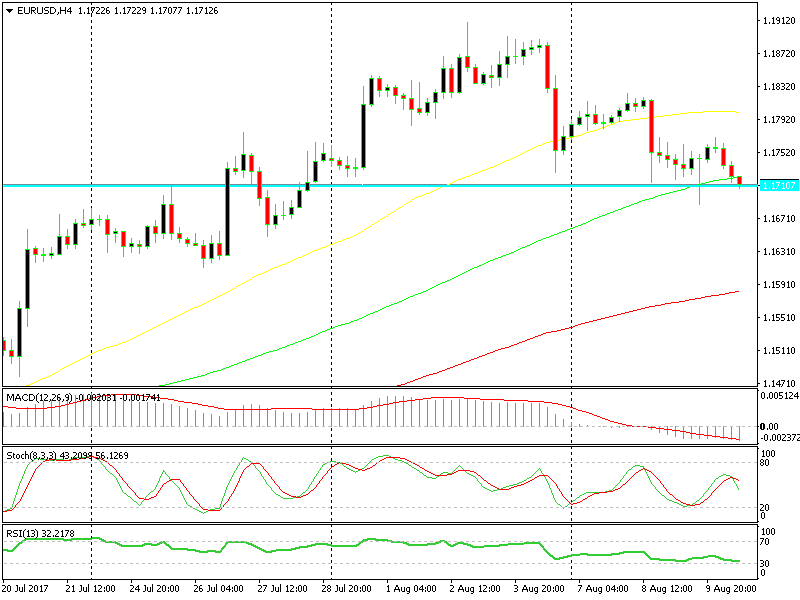 This pair reversed back down to 1.05 in the past few months and it provided some resistance last month as EUR/USD was climbing upward. It has turned into a support now.

The second trade appears in EUR/CHF. This pair has been trading in a solid uptrend over the last several months. The uptrend picked up speed last month, however, this week the pair retraced and is providing us with a trading opportunity. 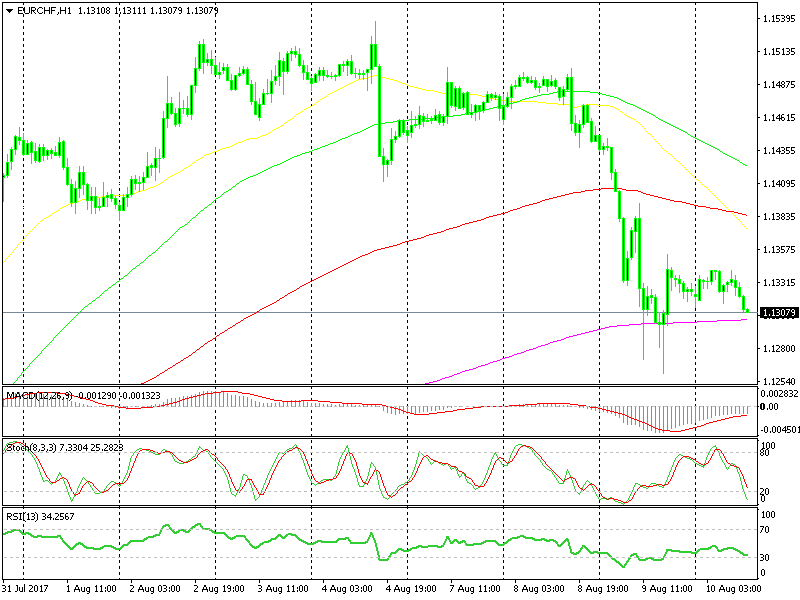 Will the 200 SMA hold this time again?

We reached the 200 SMA on the H1 chart yesterday, which provided solid support at 1.13. The price broke it a few times but it couldn´t close below it, as you can see from the hourly forex chart above.

Trade Idea: We're headed towards that moving average again today. If that moving average and the 1.13 level hold, then we might open a buy forex signal with a stop below 1.1260, which was yesterday´s low. The first TP target would be at the 100 SMA (red) around 1.1380. If the 1.13 level doesn´t hold, then we might play the downside with a stop above 1.1320.