Have we Bottomed Out in the USD/JPY? Get Ready for a Spike - Forex News by FX Leaders

Have we Bottomed Out in the USD/JPY? Get Ready for a Spike

Last week was a really interesting one for the Yen, with a number of reasons for traders to short the USD/JPY. However as the new trading week opens it appears that all the news flow is starting to turn back around.

President Donald Trump, did his best last week to spark all the safe-haven assets. The Yen was one of those that really benefited from a flow of funds out of the USD and into the JPY. As the week rolled on we tested 109.000 and for the time being that level appears to be holding.

Whenever we get a significant amount of negative news, we often see markets overreact and they regularly ‘over compensate’ and move too far from their fair value. This might be the case this week with the Yen. Add to this the mixed economic data out of Japan this morning and we have the impetus for a little bit of a spike. This entire move is a good example of market sentiment getting a bit too over zealous. 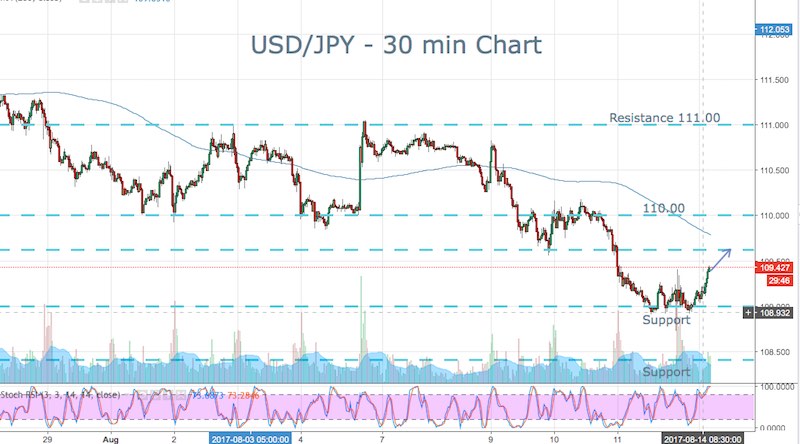 The Nikkei was a similar story. All the negative news last week with North Korea lead to a broad sell-off in worldwide stocks. The same theory applies here. Negative news is often overdone and stocks have a history of retracing after large moves. Generally speaking there is a negative correlation between the Nikkei and the Yen and as such any retrace has the potential to lead to further Yen weakness.

If we really get a head of steam we have the potential to retrace back to 110.000, however for the time being there is resistance at 109.600 that I have my eye on.