Forex Signals US Session Brief, August 14th – UK Inflation Cools Off, US Retail Sales Up Next… and A Couple Of Chart Setups - Forex News by FX Leaders

Forex Signals US Session Brief, August 14th – UK Inflation Cools Off, US Retail Sales Up Next… and A Couple Of Chart Setups

The forex market was eagerly waiting for the UK inflation CPI (consumer price index) report. Now that that´s out of the way, all the attention is on the US retail sales. We will explain what to expect from the US retail sales in this midday brief, as well as highlight a few chart setups. 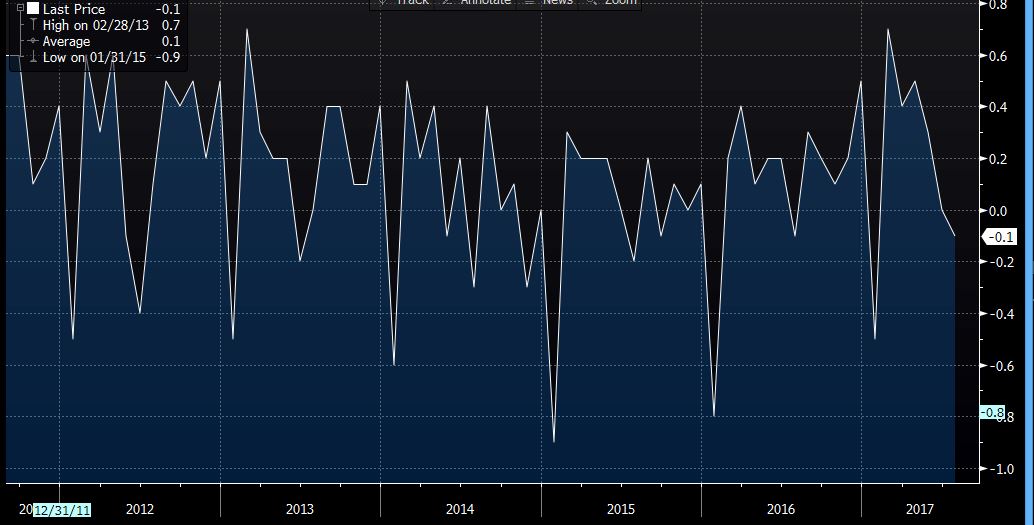 The monthly UK inflation chart is heading down

The UK inflation report today was very important because inflation has made things difficult for the Bank of England (BOE). The economy is already suffering the consequences of the upcoming Brexit across all sectors, but inflation has been surging due to the softer pound.

The BOE is supposed to ease the monetary policy further to help the economy. To tackle higher inflation, it needs to tighten the policy. That´s contradictory and it has been a headache for the BOE.

A couple of months ago UK inflation (CPI) surged to nearly 3% which is a long way above the central bank´s 2% target. The BOE was seriously considering hiking interest rates as votes for such action increased, but last month´s reading cooled things off.

That´s one of the reasons why GBP/USD has been climbing up over the past several months, besides USD weakness. With the uncertainty Brexit brings and the troubled economy, the British Pound should have continued last year´s plunge.

But today´s inflation figures from the UK calmed some nerves. The yearly inflation remained the same at 2.6% against 2.7% expected and the monthly inflation fell by 0.1%.

That was what the GBP fundamental traders were waiting for and GBP/USD dived around 100 pips to 1.2870. That´s the lowest this pair has been in about a month and a couple of moving averages are providing support around here. You might want to bag the pips you have made if you are a seller, because tomorrow we have the UK wages numbers which might throw the chart out the window. 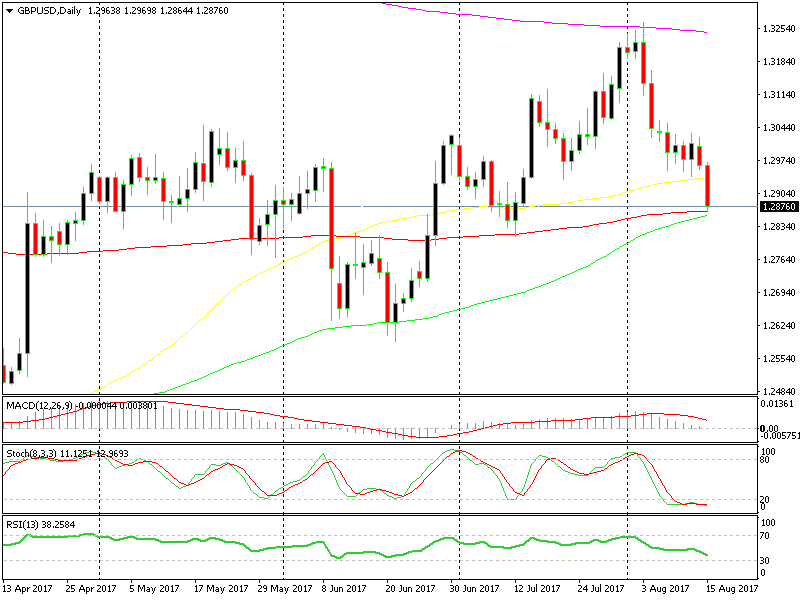 The 2 MAs there are a big obstacle to overcome

EUR/CHF and EUR/USD stand out with their chart formations today. We already took a trade in EUR/CHF and it went well for a while as it climbed higher, but we´re back at the entry level. Let´s take a look at the indicators which are in favor of our signal. 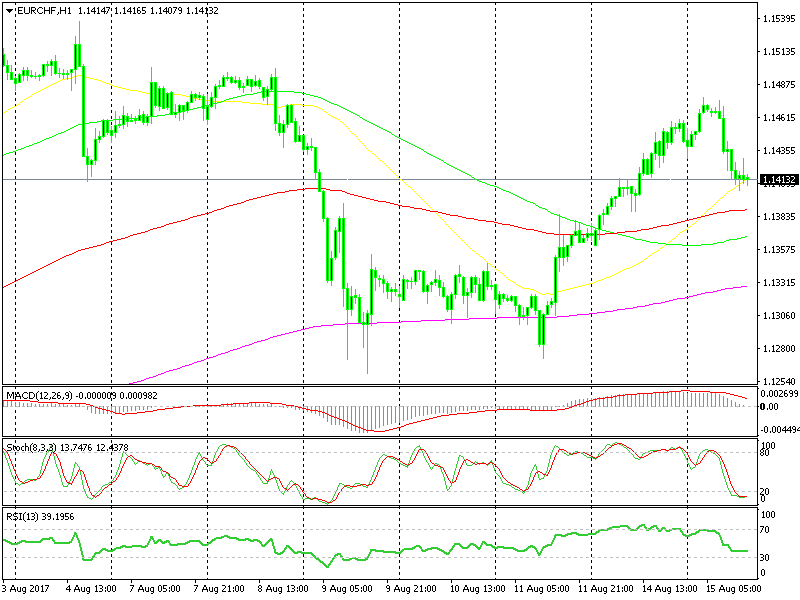 Is the retrace lower over? It seems so

I don’t really have a bias towards EUR/USD right now, it could go either way. We have been returning to 1.17 way too often recently, which suggests that someone wants it broken sooner rather than later.

The US retail sales, which are due shortly, are supposed to give us some direction. However, I sense that the downside is more at risk because a top has formed in this forex pair around 1.19 and since then the highs have been getting lower.

US Retail Sales Up Next

US retail sales might be published by the time I´m done with this midday brief, but let´s have a quick look. Both retail and core retail sales are expected to have increased by 0.3% last month.

Remember that this data has missed expectations in the last 5 readings and the last 2 were negative, so I think that the market is expecting some soft numbers again, hence the hesitations to take sides.

When the market is expecting negative numbers, an actual negative reading won’t do too much harm to the currency (USD). The opposite is true in these cases – a positive reading will surprise the market and since the US Dollar has been losing too much value too fast, forex traders will be taken by surprise by a positive number and it´s likely that the Buck will surge. So, keep that in mind guys. I´m off to post this update now before the release.