The Nikkei is On Fire – Buy Pullbacks

It might only be Tuesday, but we’ve already had two really strong days in Asian equities.

Sorry to beat a dead horse, but I spoke extensively about the Nikkei and worldwide equities on Monday and suggested that after a big sell-off, we often see a large rally.

After the 8 largest sell-offs in the last five years, the S&P 500 has rebounded more than 4% on the following 20 trading days. Last night we saw the US markets up 1% and it appears that the momentum is continuing with the Nikkei absolutely on fire.

Before all the excitement with North Korea began, the Nikkei was trading above the 20,000 mark. As President Trump continued his taunts, the Japanese Index slid all the way down to 19,300.

The 200 SMA on the daily chart is around that 19,300 level so it’s an important one to keep an eye on. It did its job and provided support prior to the rally that we are in the midst of. 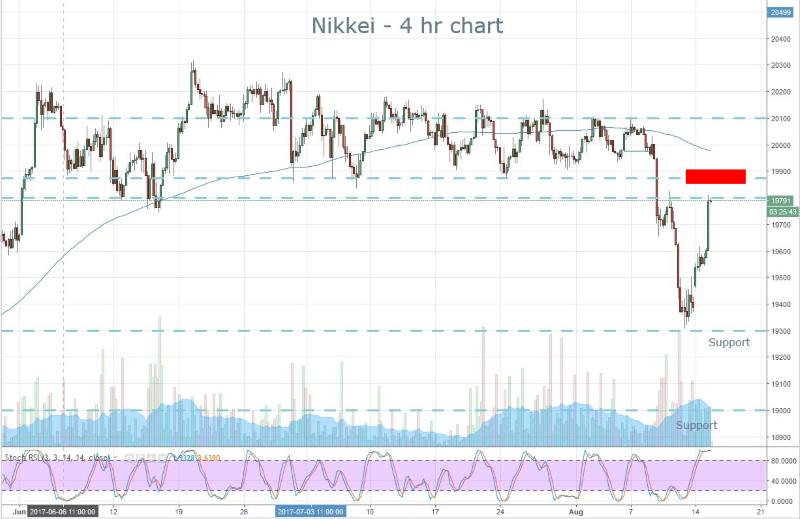 Opportunities or a pullback have been slim with this fast retrace, however keep on the lookout especially around 19800 resistance. Horizontal levels are a big part of my daily trading.

I expect to test 19875 soon, which is the bottom of the range that we had established prior to the North Korean saga.