As a result, we may have a nice intraday long for the September E-mini S&P 500 contract.

The New Home Sales numbers were dreadful. But, so far, the S&P 500 is hanging in there. 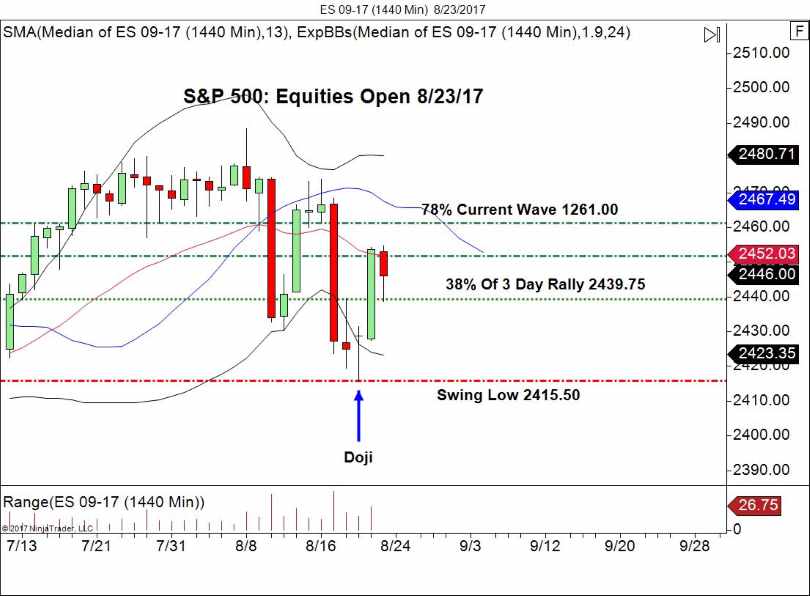 Key levels on the daily timeframe:

The Trade: So far we have seen the E-mini S&Ps trade above yesterday’s high by 2 ticks. There is heavy resistance in this area of the 62% and Bollinger MP. A test of the 38% retracement of the current three-day bull run is today’s low.

I am optimistic on a return to the resistance levels. A long from 2445.00 with a stop under the intraday low at 2438.50 is a good location for an intraday long. I will be holding the position looking for a return to resistance at 2151.75.