Two things have dominated the forex market today – broad USD weakness and the run for safety after North Korea’s missile launch. It´s been a hectic morning but trade opportunities are in abundance during such times. Let's take a look at how we can take advantage of them… 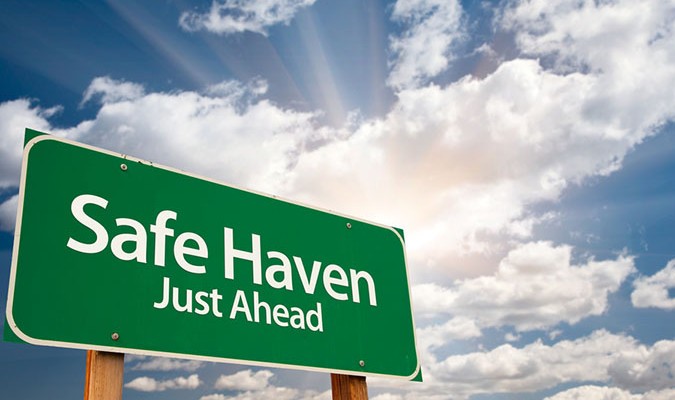 Today is another great day for safe haven currencies

As we know, the lunatics in North Korea launched another missile yesterday which flew over the northern parts of Japan. That´s just what safe haven asset traders needed.

Safe haven assets have caught another strong bid today as another global conflict appeared Gold has been the prime beneficiary, which is usually the case when panic sets in the markets.

The Japanese Yen and Swiss Franc have also gained considerably. USD/CHF and USD/JPY are more than 100 pips down from last night at the Tokyo open due to two reasons: demand for safe haven assets and lack of demand for the USD.

The situation gets toxic for the Buck when there is a run for safety. The USD used to be a semi safe haven currency until a couple of years ago, although not like the JPY and CHF which are the market's favorite.

Nowadays though, whenever there´s risk in the market and forex traders run for the exits, the USD gets double whacked. That has been the case today, which comes on top of the recent USD weakness. 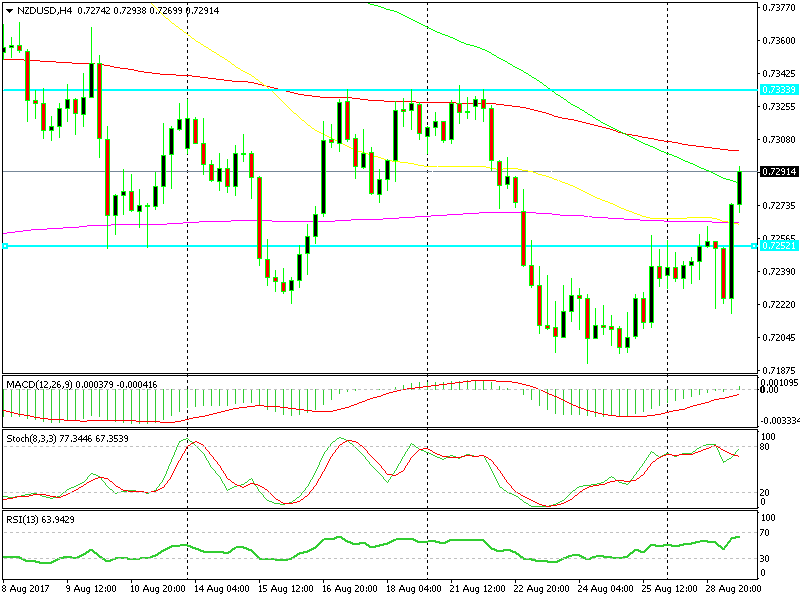 Moving averages are waiting above

We have shorted this forex pair quite a few times over the last several weeks and we did so again today in a counter trend trade.

But as we mentioned in one of the previous forex updates today, the Kiwi has been the laggard in taking advantage of the USD weakness. In fact, it hasn’t really gained in the last couple of weeks as you can see from the chart above. It lost a few cents since early August, so if the USD is about to make a much-needed pullback, this pair is likely to be the first to reverse lower. 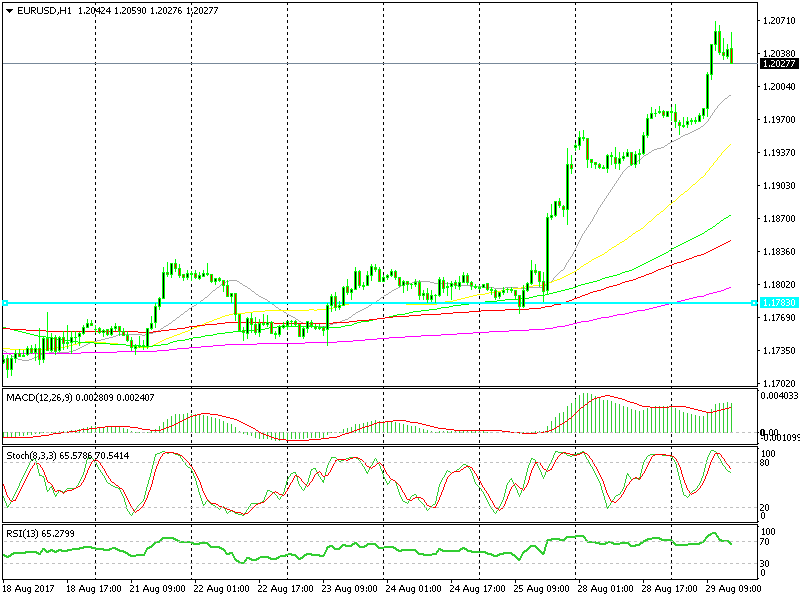 The uptrend in this forex pair is extremely strong and the ECB doesn’t seem like it wants to help sellers. The 1.20 level broke fairly easily this morning but I’m sure it will provide support if we dip down there today. I’m just waiting for that level today to buy EUR/USD because trading right now at these levels is too dangerous. There could be another push higher, but a decent retrace lower is also very possible after such a run.

To wrap it up, the market today is hectic and very dangerous to trade. The USD has lost too much too quickly so a retrace might be due, but nothing has been going the USD way recently, so that seems unlikely.

The US consumer confidence report will be published shortly, which might spark some life into the USD but I doubt it. I'd suggest being extra careful today and probably tomorrow too until the market gets back to normal. I will try to pick my trades very carefully and keep the stops tight.