Bitcoin Has Pulled Back – Time to Buy? - Forex News by FX Leaders

Bitcoin Has Pulled Back – Time to Buy?

If you don’t know too much about Bitcoin or digital currencies in general then it’s worth taking a bit of time to dig into the details. Not only are they a revolutionary new form of currency that is decentralized, not backed by a central bank and anonymous, but they’re also performing incredibly well.

This year Bitcoin alone is up more than 300%. However when we get strong momentum on any currency we have to look to find good spots to enter.

The Chinese Government at it Again

Last week we saw Bitcoin run into a bit of a headwind. China firstly made initial coin offerings (ICOs) illegal and there is talk around that they’re going to shut down some of the exchanges. This caused a sell off late in the week, which saw the digital currency fall against the USD.

My interest was sparked by the fact that we ran into the 200 period SMA on the 4-hr chart. While not as powerful as the 200 SMA on a daily chart, it might be a good opportunity to enter. Of course we can’t be sure if the momentum will continue or whether the Chinese exchanges will in fact be shut down and how fundamentally that will impact us. But from a technical point of view, this might be an opportunity. 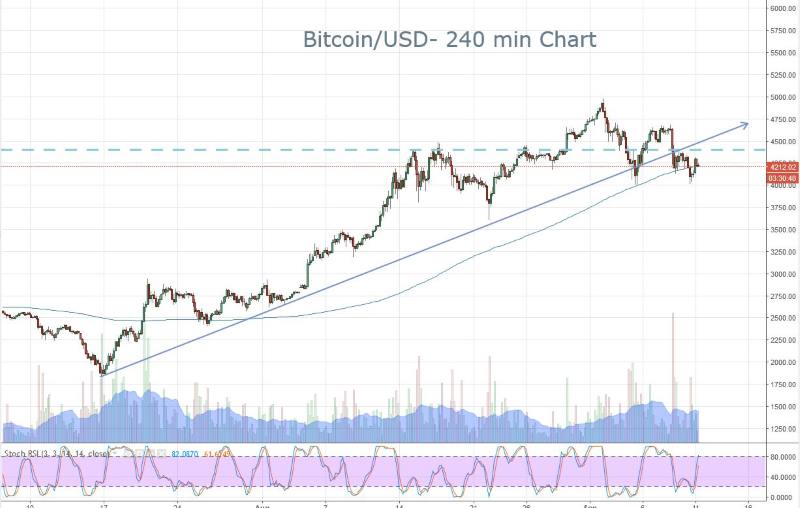