We will introduce forex (crypto) signals for cryptocurrencies soon, and we have already started posting updates about them.

We’re having a look at cryptocurrencies today as well as at GBP pairs since today the big event finally happened for this currency. 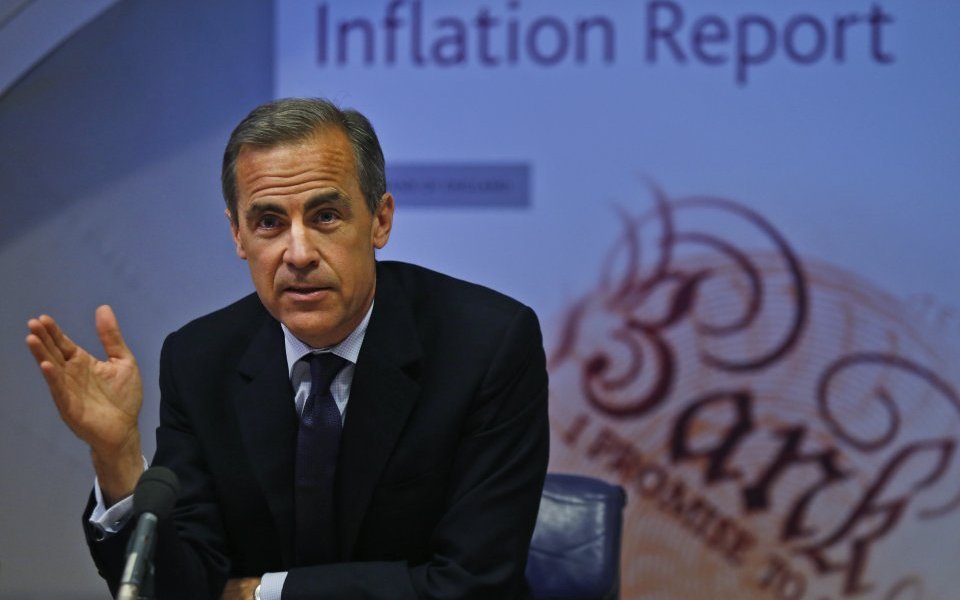 Bank of England Gives the Market What It Wants

The market has been expecting a more hawkish Bank of England (BOE) after inflation has been threatening to turn into hyperinflation (double digit inflation). We’re still far from that, but the risk is imminent given that inflation in the rest of the world (developed economies) is around 1.5%. Compare this to the UK which is nearly 3%, and that’s with a troubled economy and political landscape with Brexit.

Now imagine if the global inflation shot higher, Britain decided to call off Brexit and the UK economy bounced back from the recent setback. Hyperinflation wouldn’t be unreachable if that scenario was to happen.

The BOE decided it was time to give some hawkish comments for the GBP. They acknowledged the risks that the economy faces, but inflation is forcing them to stabilize the interest rates which they actually like to do.

The MPC votes were 7-2 in favor to keep them. The market sold the GBP immediately after the votes, but the market quickly reversed once traders had a chance to see what was inside the BOE statement.

There were a few hawkish comments in the statements such as, “some withdrawal of the monetary stimulus is likely to be withdrawn soon … all MPC think that interest rate hikes will be faster than the market is pricing in if there are not any economic shocks.”

That’s what the market was expecting, and that’s all the GBP needed to take off. GBP/USD broke above 1.33 and has now opened the door to 1.35.

Cryptocurrencies are sort of correlated and tend to move altogether. When Bitcoin was threatening the $5,000 level at the end of August/early September, all the rest were making record highs. Now that Bitcoin has turned south, the whole Crypto market is turning down, too.

As I highlighted earlier today, Ethereum has lost more than $3 today, but we are just above the 20 SMA on the weekly Ethereum chart. That moving average has kept the uptrend in place during this year, so it might provide resistance again. I highlighted a trade idea in the previous forex update, so you can have a look there although it may take us some time to enter that trade.

Bitcoin has been on the slide too, but there’s a possibility for a trade here as well. As you can see from the daily Bitcoin chart above, the price is sort of oversold with Stochastic oversold and RSI almost there.

Besides that, the $3,600 level has been providing support during the dip in August, so it might do the same now although the fundamentals are not that great for buyers currently.

The Chinese decided to stop Bitcoin trading. The Bitcoin exchange BTC China will stop all trading on September 30.

This is not good news for Crypto trades who are long on these digital currencies. I don’t know if that’s the reason Cryptocurrencies are sliding today, but I’m not buying yet. 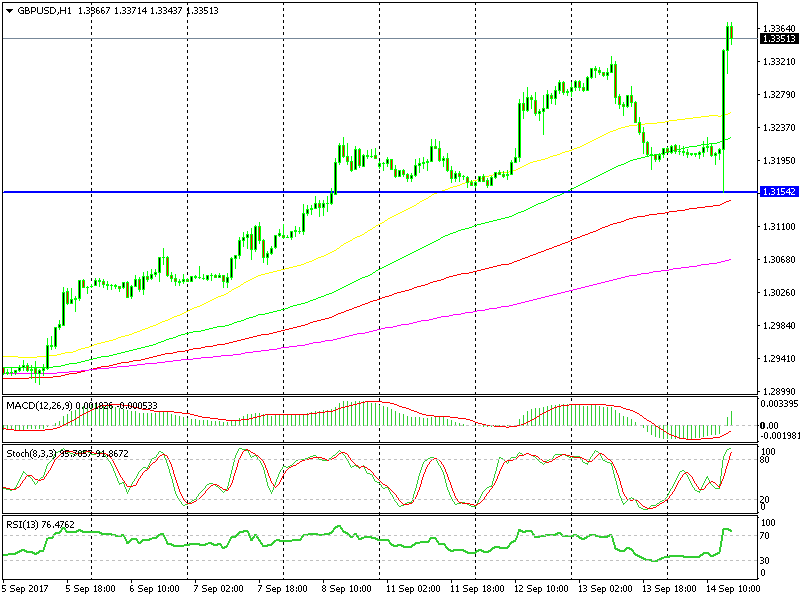 The 1.33 level has now turned into support.

GBP/USD dived immediately after the vote to keep interest rates unchanged which hit SL for our buy signal in this forex pair. We took a beating on this one despite being on the right side of the market.

However, 1.33 might make us a lot more pips. It provided resistance previously, and it has now turned into support. GBP/USD dived down there just a while ago and bounced back up. So, if we do get down again soon, I might be persuaded to open a buy forex signal. 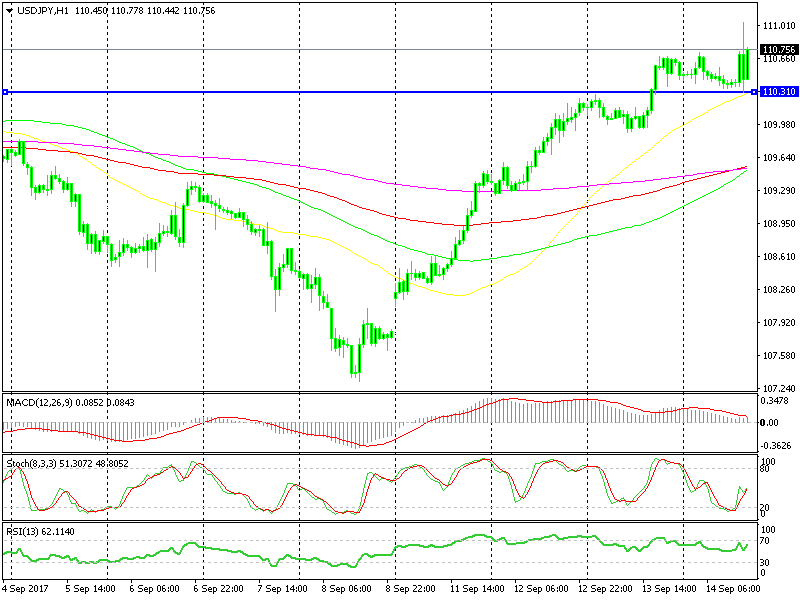 The signal we opened a while ago already closed with profit.

We just opened a forex signal in this pair as it retreated after the initial 30 pips jump. We took that chance to open a buy forex signal around 110.50 which is going pretty well.

The Cryptocurrencies are extending their losses today. I was thinking about going long with Bitcoin, but the slide has been too ferocious breaking August’s support, so I’m sitting on my hands for the moment until the market sentiment changes. 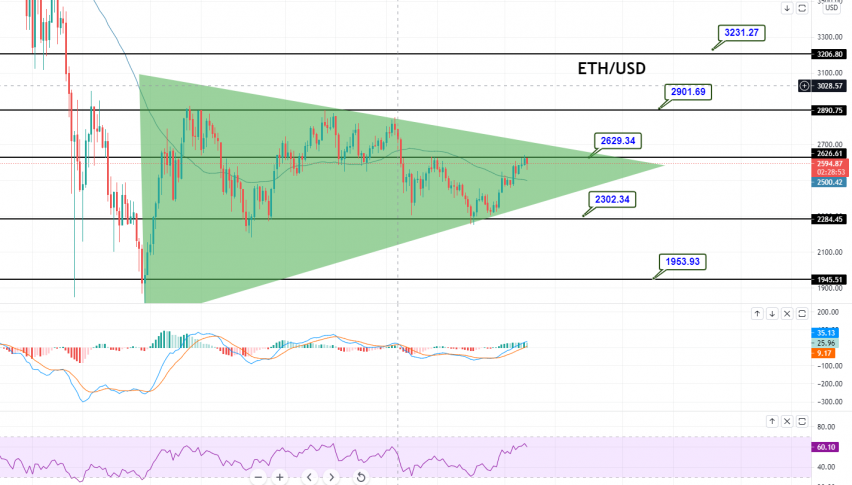 ETH/USD Steady Below Double Top Pattern - Traders Looking for a Breakout!
4 hours ago