How High Can the Nikkei Rally? - Forex News by FX Leaders

How High Can the Nikkei Rally?

There’s a lot going on in Japanese markets at the moment. Overnight we saw a huge rally in the USD/JPY as the safe haven lustre of the Yen quickly wore off. At the same time, the Nikkei rallied higher, taking out the 20,000 mark and powering even higher.

There’s been talk of an early election this week and we also have an interest rate decisions later in the week. Despite all that, there is still a strong correlation with US equity markets. On both fronts, it looks to me that stocks are a little overheated.

I would be tempted to look to sell a rally at the 20300 level. For more aggressive traders I would say that you could scale into a position at 20200. I think it’s only a matter of time before US markets corrects and it’s likely the Nikkei will follow suit. 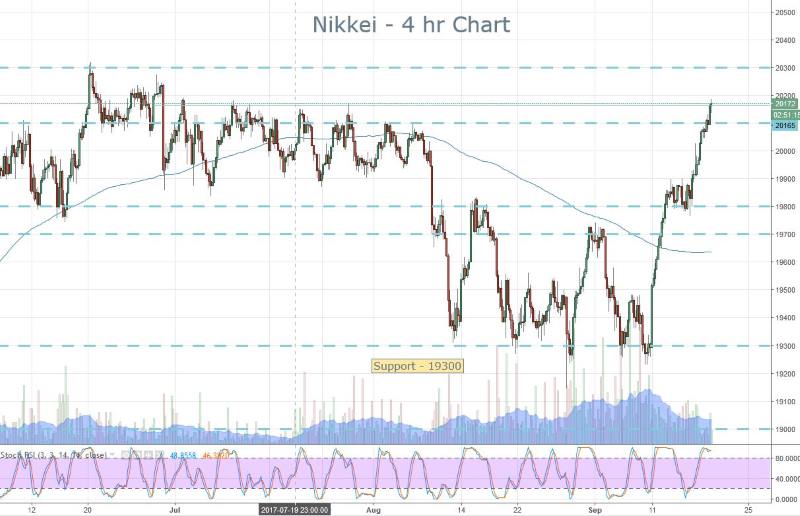