Morning Preview: Where is the USD Headed? - Forex News by FX Leaders

Morning Preview: Where is the USD Headed?

It’s been a mixed US trading session after Fed Chairman Janet Yellen came out and tried to talk down potential rate hikes. Despite what we heard from the FOMC update regarding interest rate increases, Yellen suggested that raising rates gradually is the appropriate strategy.

The comments slowed down the USD rally which had been showing some strength early on. Stocks remained mixed while it was the safe-havens that weakened the most. Yesterday in the signals brief I suggested that the risk-off assets like gold were due for a retrace, given it was largely the talk out of North Korea that had lead to the run-up. As such, Gold sold off after an initial spike.

Despite the comments from Janet Yellen, the USD is starting to turn things around. It feels a bit like turning around a cruise ship, but nevertheless, it appears that we’re putting in a bit of a base.

It was evident in a number of the majors that the USD is on the up. The next key target to the upside is 94.00 which is certainly on the agenda. 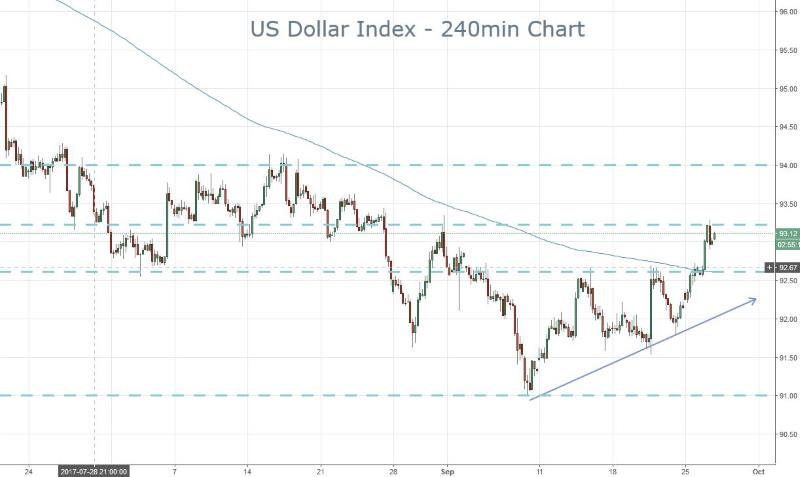