Morning Preview: Stocks on a Tear – Time to Sell?

Despite how overbought it might appear to be, it seems that the stock market just won’t quit. US equities rallied again in overnight trade, with the Nasdaq and the Russell the star performers. Thanks to the apparent Trump Tax cuts looking like they might pass, after all, stocks put in another big day of trade.

The USD continued to rally higher, albeit after a small push lower throughout the session. While gold sold after, as it appears the safe havens are now on the back foot.

Where to for Stocks?

If you take a look at the S&P 500 (SPX), then, in my opinion, I don’t think we’ve quite reached the top just yet. I’ve been suggesting that we’re overbought for a while now, however, we still haven’t reached my ‘sell zone.’

As a result, I think we can push a little higher. On the other hand, the Russell (RUT), just had a massive 1.9% jump and I think we are ripe for a correction in that market. 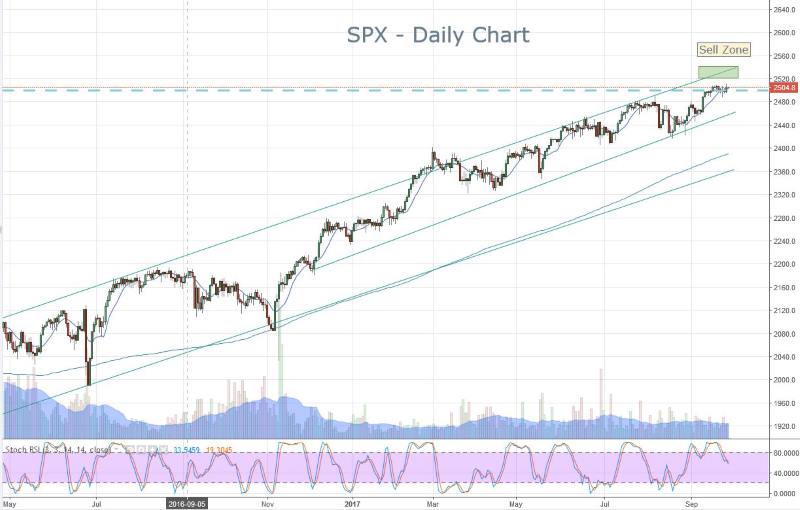