Another Buy Signal at the 200 SMA in USD/JPY

Yesterday we opened a buy forex signal in USD/JPY. This pair had slipped lower after failing to break the 100 SMA (red) above, but the 200 SMA (purple) was providing support.

There was a quick break of that moving average on the downside at some point, but it didn’t last long and the price climbed back up, eventually hitting our take profit (TP). 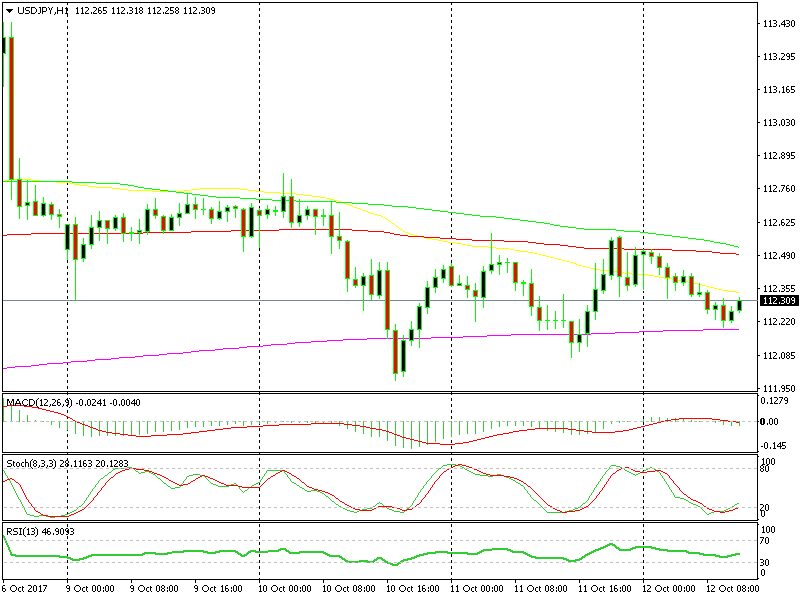 We are seeing the same chart setup today. USD/JPY has moved lower again from the 100 SMA after failing again to break above it. But again, the 20 SMA is providing solid support.

The H1 forex chart is oversold with stochastic at the bottom of the range, which is turning up at the moment. So, we decided to try our luck again with another buy forex signal.

We’re in profit at the moment, so let’s hope we have another winning signal in this pair after taking a beating overnight on NZD/USD among some general USD weakness.