Forex Signals US Session Brief, October 20 – Nikkei Leads the Climb in Indexes, while JPY Leads the Decline in Forex

Cryptocurrencies have been stuck in a tight range since yesterday so there’s no news from the crypto front. But, BOE’s Kuroda sparked some life in the indexes and forex markets early this morning. Brexit is also providing some fuel for GBP pairs as it has often done recently. 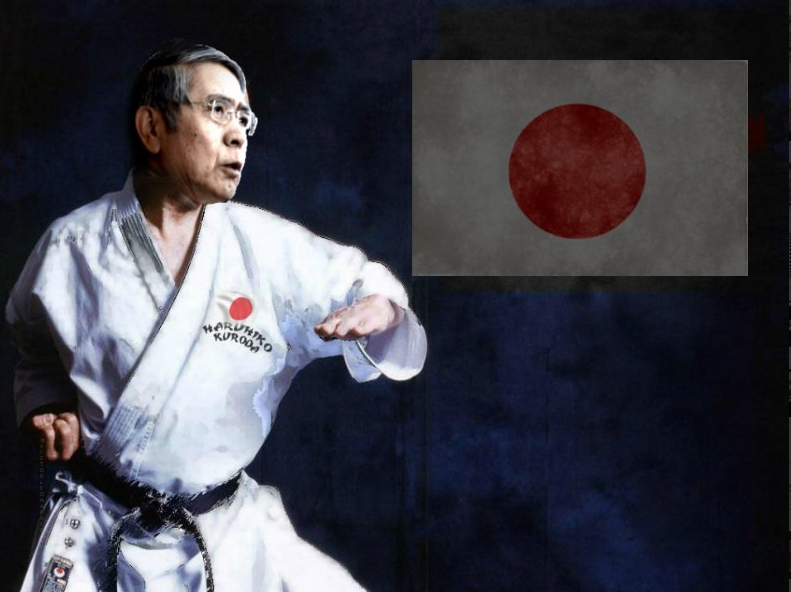 Who can punch the JPY better than the man himself, Kuroda?

Stock Markets Love Free Money, but not the Yen

Early this morning, the Governor of the Bank of Japan (BOJ), Haruhiko Kuroda, held a speech where he said that the BOJ was going to keep throwing free money at the market saying, “we will continue with a powerful monetary policy.”

There you go, the word powerful by itself is as bearish as it gets. This means that the BOJ has no plans to start tapering the quantitative easing program anytime soon, let alone hike interest rates.

That was all that traders needed, and the related assets started moving around providing us with some trading opportunities. Nikkei was the first to take notice as it climbed nearly 300 ticks from yesterday’s lows.

I have a buy position in Nikkei which is well in profit now. The Nikkei charts are sort of overbought now, so I will wait for a retrace lower and then add to this long position.

The Yen pairs are also climbing higher, but that means that the Yen is slipping lower. As we mentioned in one of our forex updates today, we had a buy signal in USD/JPY which we opened last night. It closed in profit as USD/JPY surged higher. We remain bullish on this forex pair, but again, we will wait for a retrace lower which is taking place right now.

Yes, every time you pick a perfect trade in GBP, there will be some nutcase coming out talking crap and ruining everything which was the case today. GBP/USD climbed around 100 pips on a retrace higher. That was very similar to the two/three retraces that we saw yesterday in GBP/USD, which ended up being sold aggressively.

We decided to do the same today as this pair was getting close to the 200 SMA (purple) on the H4 chart. That moving average has been providing solid support in the last two weeks, and it was doing the same today.

But, they have nothing better to do than mess with forex traders. The never-ending Brexit comments from both sides keeps coming, which has got the market confused. Normally, with all softening economic data from the UK and the political uncertainties, the GBP would go crashing down.

But the market is trying to read into every Brexit comment, and the GBP continues to go all over the place. The EU and the UK keep throwing the ball at each other while the forex market is suffering the consequences.

Our signal is not dead yet, but if it does hit SL soon, I will try to open another sell signal because this latest run seems like it has reached its limits. 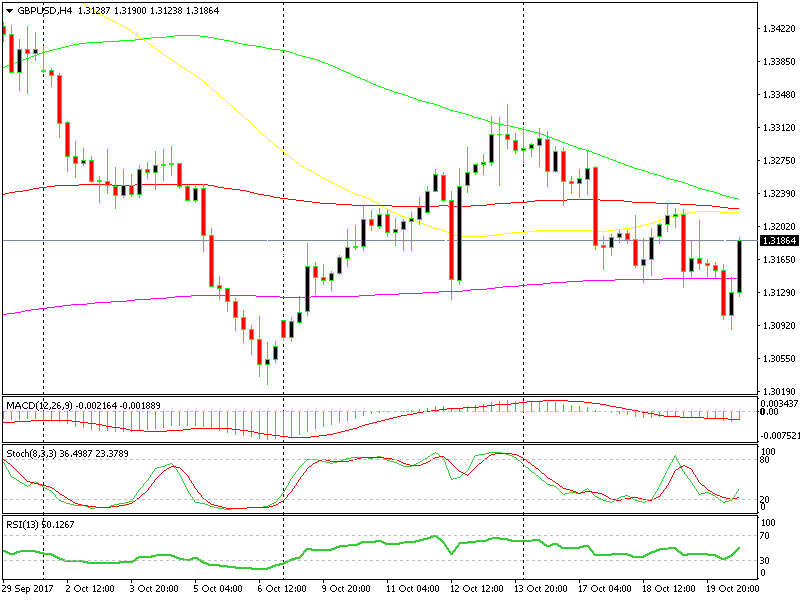 The climb seems to have stopped.

So, this forex pair has been climbing higher today amid Brexit comments, but it looks like the sellers are done. 1.32 is a big round level and the comments have stopped, so we might see a reverse down soon. If that happens, then it will be good for our GBP/USD sell signal. If the buyers push higher, then we will open another sell signal higher above.

The Canadian retail sales and inflation reports were released just now. Inflation missed expectation while retail sales declined by 0.7%. USD/CAD surged around 100 pips, so we will be bullish on this forex pair for the remainder of the day/week.