Last night before going to bed, I had a look at Nikkei since we had an open forex signal there. I saw the hourly chart, and it didn’t look good at all which meant that I didn’t go to bed empty. Probably why I have a headache today.

But in the evening, the Yen caught some bids as USD/JPY dipped for about 50 pips. Nikkei dipped as well, and it moved considerably below the 20 SMA. So, that’s how I left the chart last night. 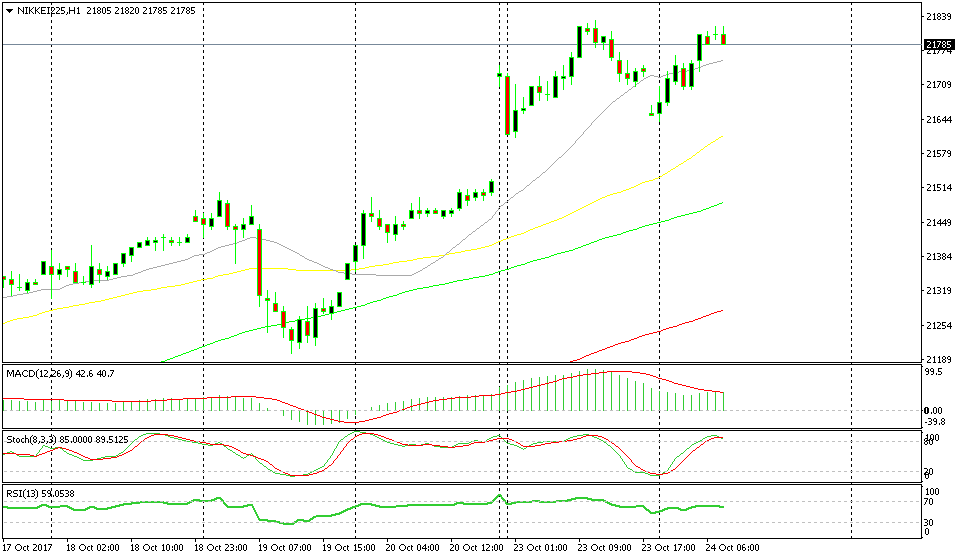 The gap lower was quickly filled this morning.

Although, I was confident that the uptrend would resume unless Abe failed to form the government in Japan. But that seemed unlikely with the majority his coalition won.

The USD/JPY was back up this morning, and Nikkei had resumed the uptrend. A moment ago the price was near yesterday’s high which is acting as resistance. Besides, the last hourly candlestick closed as a pin/doji which is a reversing signal.

So we had to close the Nikkei signal manually for a nice profit. It looks like Nikkei is starting to reverse down again, right after we closed the signal. Off to the next trade now.