Yesterday we opened a long term Ethereum signal. We bought this cryptocurrency around the $298 level as it was retracing lower on the H4 chart. The stochastic indicator was oversold, and the 50 SMA (yellow) was providing support.

But the cryptocurrency market is not properly settled in yet, and the price often doesn’t respect short-term timeframe charts. So, Ethereum continued lower, although the main reason was the decline in the crypto market as a whole.

As it continued lower, this digital currency headed towards the important support level around $291, give or take a dollar. It has played support in the last couple of weeks, but it didn’t last long this time as the whole crypto market tumbled. 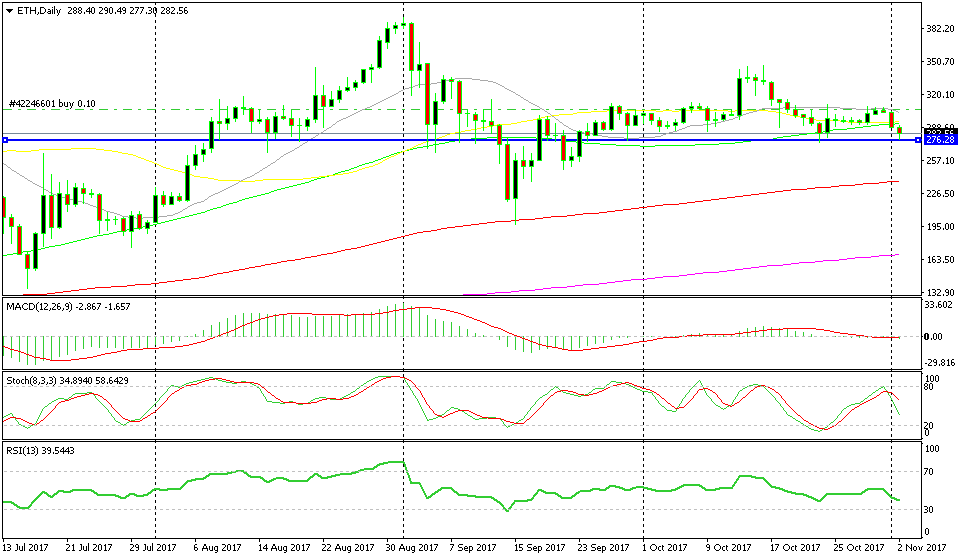 If we switch to the daily Ethereum chart, we see that the 100 SMA (green) stands in this area as well. Scrolling back in the last several months of history, you can witness that this moving average has provided support many times, but the price went down like a knife through butter. Although a bigger support level comes at the $276-77 area which held the decline this morning. It has been supported for the last three months, and it is doing the same now. 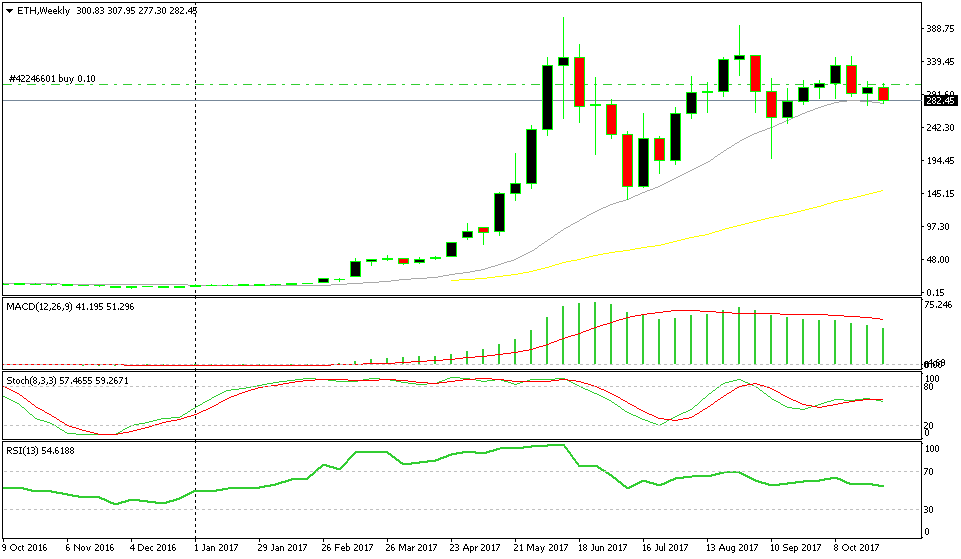 The 20 SMA will be a tough nut to crack for sellers.

On the weekly chart, we see that another important indicator comes into play at these levels. This indicator is the 20 SMA (grey) which has held the uptrend in place all this year. So, it will likely provide support once again and force Ethereum to resume the uptrend again, although that might take some time.

But, this is a long-term signal, so you just forget about it for some time until it runs its course. By the way, the cryptocurrency market has to turn higher as well for Ethereum to reverse, so let’s have a look around in the other major cryptos.