Financial markets closed last week with a positive attitude as the market sentiment improved on Friday afternoon. But, today the markets seem quite stiff; Gold is climbing back up, and we’re following it, so we can open a sell signal higher while risk assets are declining. 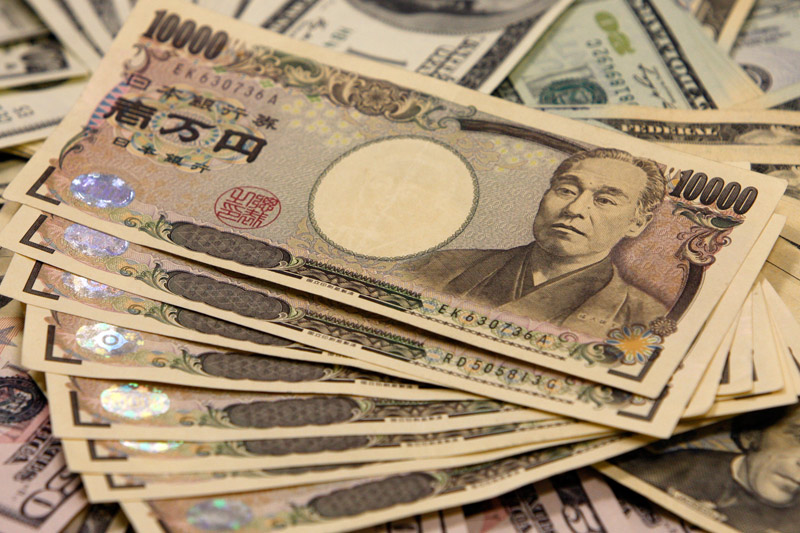 JPY always has a great time when the market is scared.

Last Friday, the economic calendar was pretty light, especially during the US session. There are no economic events today apart from Bank of Japan speech. So, it’s only the market sentiment which will be directing us today, unless Kuroda throws a bomb which is unlikely.

Unlike on Friday, the sentiment in financial markets today doesn’t seem very positive. In fact, it’s been quite the opposite since all the safe haven assets are finding some heavy bids while risk assets are under some pressure.

Nikkei spring to mind. We have a live buy signal here as we mentioned in the previous forex update, which is not looking good at the moment. The market opened with a 200 tick higher last night, but it’s been a one-way street since then. In the last few hours, it seems like the decline has stopped.

We can see the same price action in other safe-haven assets. Commodity dollars have traded in a downward spiral, while GBP is down nearly 150 pips from Friday’s close, but that another story.

Safe haven assets, on the other hand, have been in demand all day. The Yen is about 40 pips better off across the board, while the Swiss Franc is finding some strong bids just now. EUR/CHF might be the reason for the latest CHF rally, but we will cover this pair in the trade section below.

Gold Is Doing that Thing Again

Gold took a sudden bearish turn on Friday afternoon. It had been climbing the entire week and at some point, it had me worried. We opened a sell Gold signal around $1,282, similarly to the Gold trades that we have had in the last several weeks.

But, the top side was broken. We sold below the two moving averages (100 and 200 SMAs) as we had done before, but those moving averages were broken for a few days. That put our technical analysis into question.

But, the price turned back down and tumbled lower on Friday afternoon, so we got our pips from Gold again. Today, Gold is climbing higher. It’s still too early to look for levels to sell, but we have our eye set on the same level again. 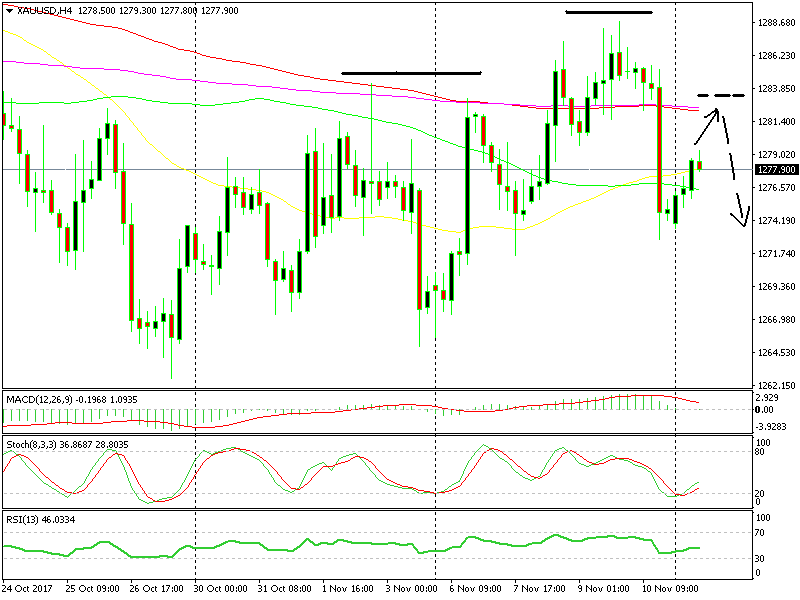 Is a head and shoulder pattern evolving here?

We will observe the price action, but if it fails, then a head and shoulders pattern will start forming. As you can see, Gold formed the right shoulder the week before, and then it formed the head as it broke the two moving averages last week. If Gold climbs to the moving averages and fails to break them, that would form the left shoulder. Let’s wait until then. 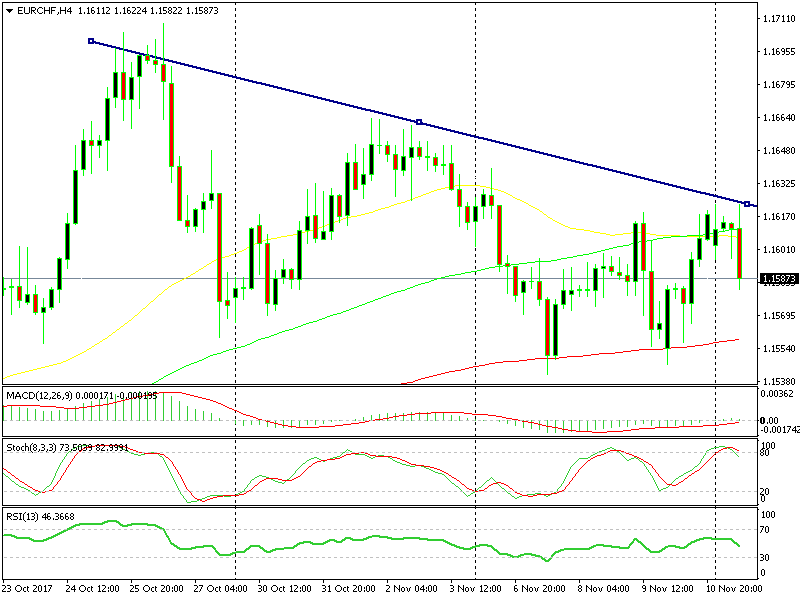 It seems like EUR/CHF is headed down for the 100 smooth MA (red).

The H4 chart looks quite bearish, especially in the last few hours as the H4 candlestick stretched down. The trend is bearish as the descending trend line shows and stochastic is overbought and heading down. We opened a sell forex signal a while ago, which looks great at the moment.

As we said, the forex calendar is pretty light, so the market sentiment drives the markets today. You can’t force the market and surely can’t force trades, so be patient and give it the time it needs.