Last evening we opened a sell forex signal in USD/JPY as this pair was retracing higher. It has been trading in a downtrend for the last two weeks, and yesterday it retraced higher and the H4 chart became oversold.

In fact, we took this forex signal based on the hourly forex chart. This chart was severely overbought and the price was just below the 100 SMA (green) which was likely to provide resistance as the moving averages usually do. 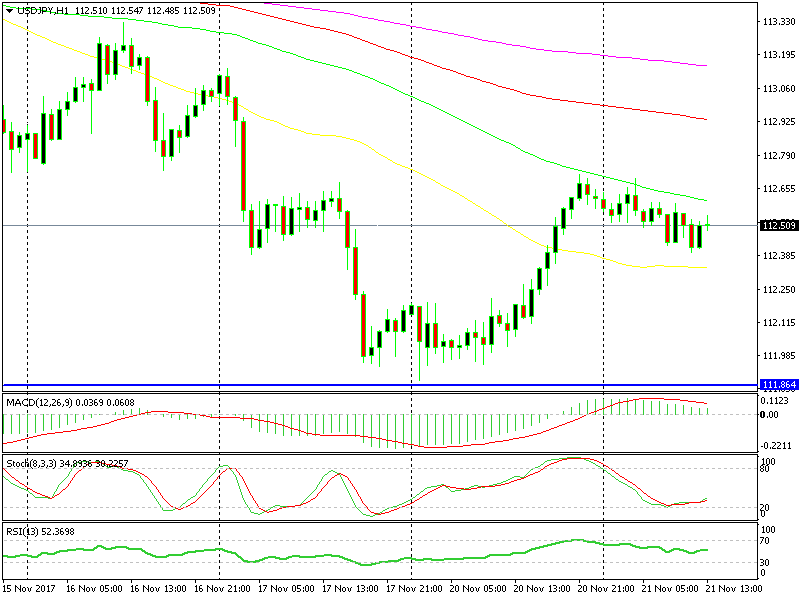 The 100 SMA has been doing a good job tonight.

It did exactly that, and it has been capping the retrace all night, pushing the price lower. USD/JPY has slipped lower during the night, albeit slowly, so the price hasn’t reached the take profit target of our forex signal.

There are two more moving averages on the higher timeframe charts confining the price as well as the 50 and the 100 SMAs on the H1 chart. Right now the direction is not very clear if we take into consideration all charts, but the H1 and H4 charts look sort of dovish, so let’s give our forex signal here some more time.