The Aussie Is Being Naughty Today - Forex News by FX Leaders

The Aussie Is Being Naughty Today

Similar to the NZD/USD signal which closed in profit overnight, we opened another forex signal in commodity currencies. We sold AUD/USD with the same bearish chart formation in mind as the one in NZD/USD that we explained in the previous forex update. 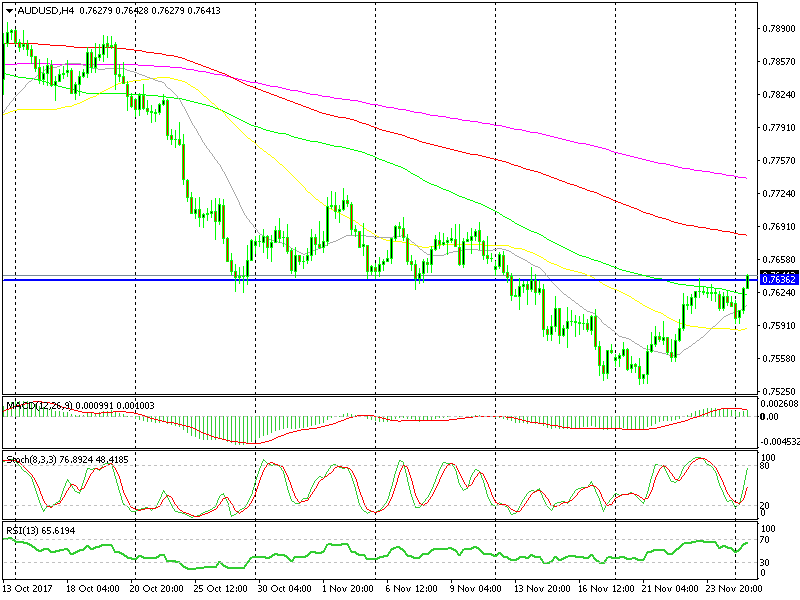 The resistance here is still in play until the candlestick closes above it.

As you can see above, the trend has been down and the retrace higher was sort of over. The stochastic indicator was overbought which meant the retrace had run its course.  The 100 SMA (green) was also providing resistance, just like in NZD/USD. 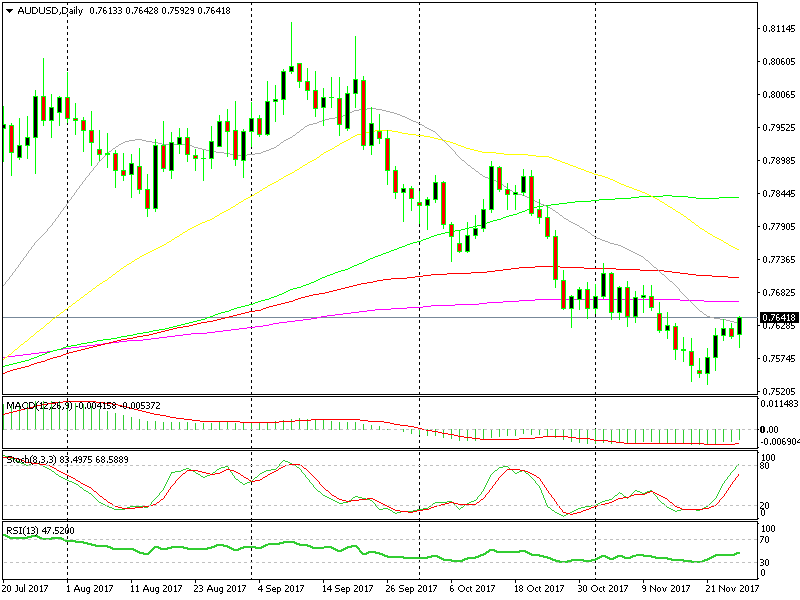 The daily chart is almost overbought, so hopefully, we’ll return back down.

Also, the daily chart was sort of bearish as well. You see that stochastic is almost overbought on this timeframe chart. Besides that, the 20 SMA (grey) was providing resistance, too. But that wasn’t all; the last two daily candlesticks closed as morning stars which are reversing signals.

So, the price did reverse and lost about 30 pips during the night, but the price missed our take profit target by a mere pip. Now the price has reversed back up and we’re above the 100 SMA, which is not a good sign.  But, the support is still in play until the H4 candlestick closes above 0.7640. We can’t do much now besides hope that the sellers return and send us back down.