A Quick Update On WTI Crude Oil – Potential Trade Ahead!

Crude Oil isn’t the most focused commodity today as the market is talking about Federal Reserve, Gold, and the Dollar. I mean that’s good for us, as meantime, the Crude Oil is forming a trading range. If you are thinking of trading the breakout, then you are on the right track.

Oil prices were roughly flat yesterday as the industry data showed a larger-than-expected drawdown in U.S. crude stockpiles. The draw was -5.1M vs. -3.6M in the previous week. However, the Crude Oil didn’t bother to move on the EIA report.

Earlier, the WTI Crude Oil traded bullish due to the shutdown of the Forties North Sea pipeline. The significant amount of supply from a market is already tightening due to OPEC-led production cuts. 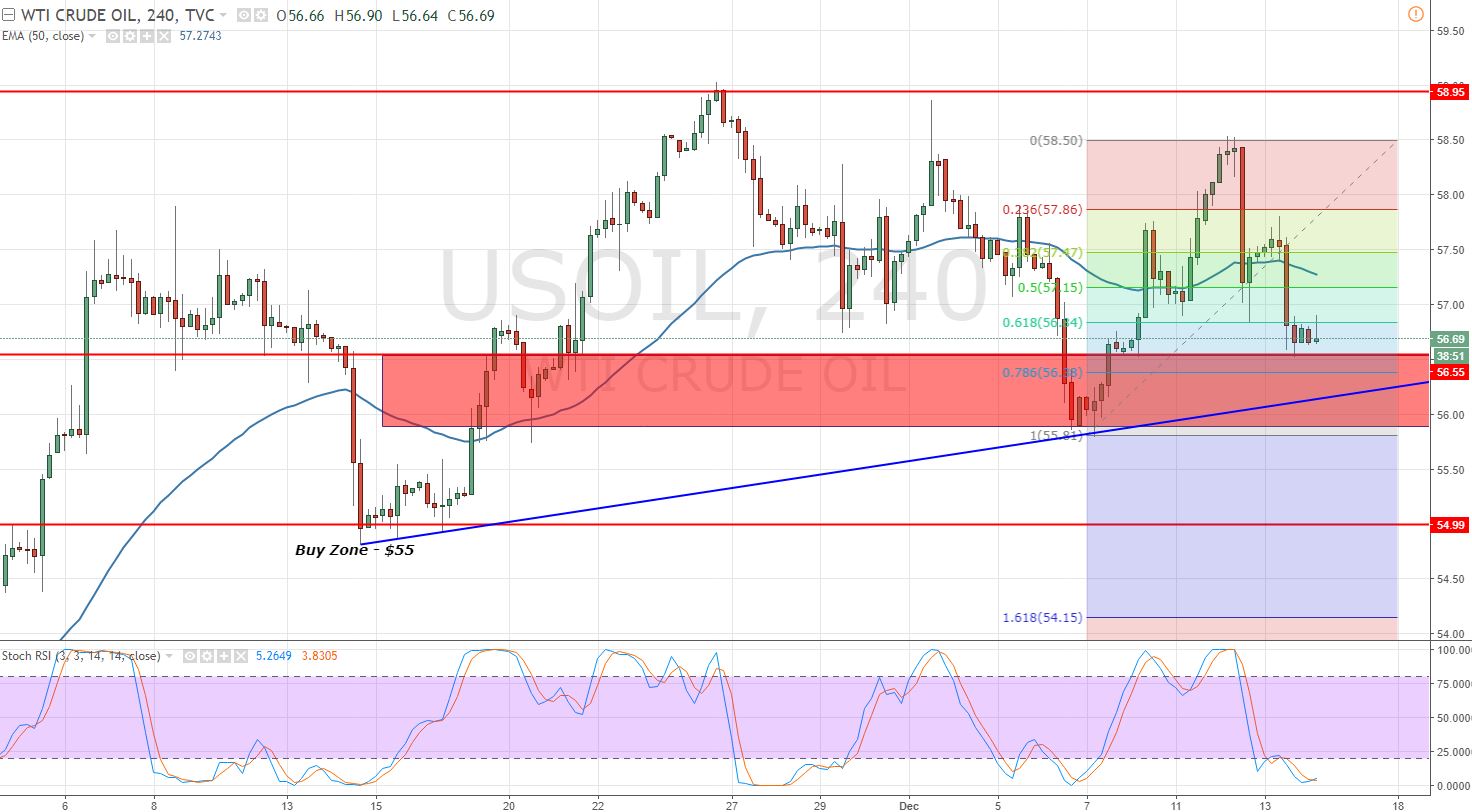 For now, the Retail Sales m/m from the world’s top Oil consumer United States will be important for a potential breakout. The current range is $56.50 – $56.85.