The 50 SMA Used to Be Support, Now Has Become Resistance - Forex News by FX Leaders

The 50 SMA Used to Be Support, Now Has Become Resistance

Beforehand, we had opened a sell signal on NZD/USD due to the fact that the price was slightly higher, and it currently seems that we made the right decision. A huge contributing factor to this signal was the 50 SMA (yellow), which provided solid support over the past few weeks. It has kept the uptrend stable, and on a few occasions has become resistance once the price moved below it. 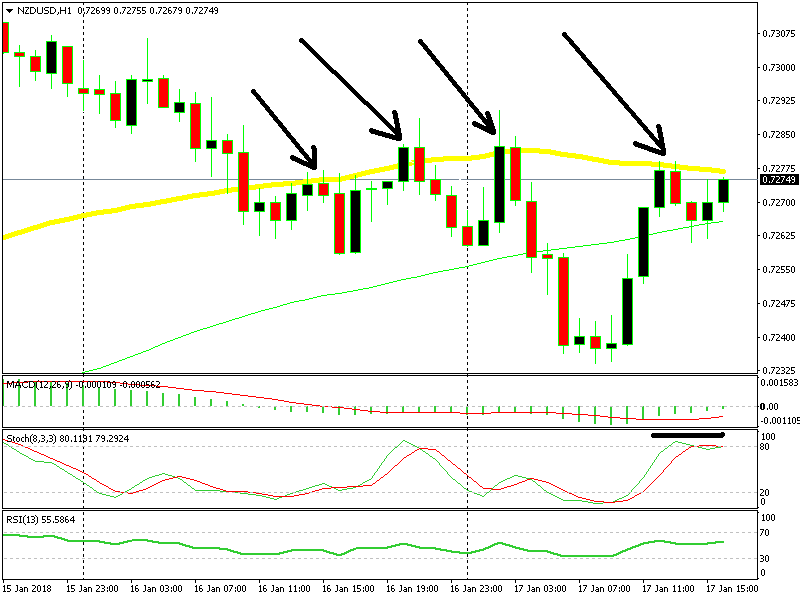 Today, there was definitely a similar occurance.  The price has moved below the 50 SMA, as the USD is attempting to gain momentum. We had opened a sell signal here, however, the decline overnight took the price past the take profit target of that level.

Earlier today, the price reversed back up, and the 50 SMA provided resistance. This occured twice over the last couple of trading sessions, signifying that the price would find resistance here once again.

The stochastic indicator is already overbought, completing the upside move of today. The 100 SMA (green) is holding the decline for the moment, and will hopefully let go soon.