Trading AUD/USD on the Short Side

We opened a forex signal in AUD/USD a while ago. We decided to sell this forex pair while it was climbing higher, which might have looked strange to some, but it made sense as a trade, so let’s have a look at it. 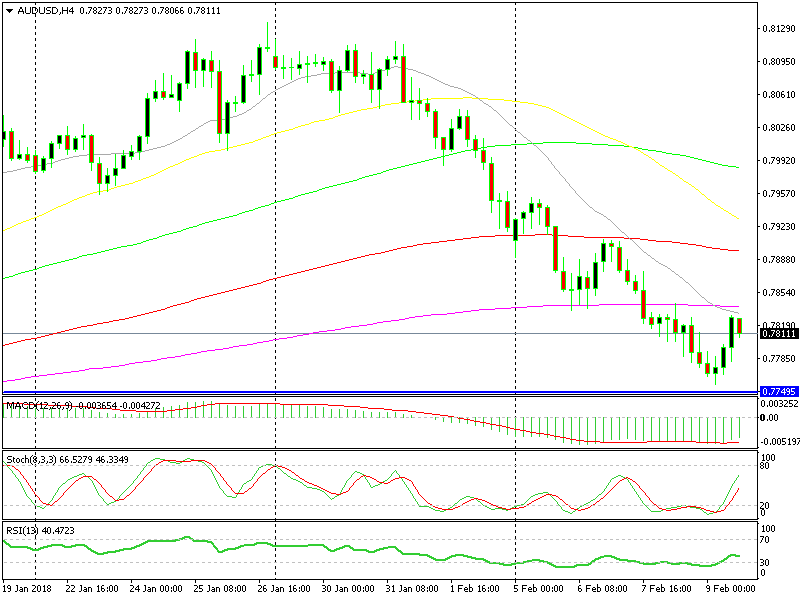 The buyers can’t get themselves together it seems

As you can see, the downtrend has been pretty steep. Every little retrace has found sellers jumping in and taking this pair lower. The 70 pip pullback today seems like one of the retraces that have ended up attracting more sellers.

We waited until the price got pretty close to the 20 MSA (grey) and the 200 SMA (purple). The 200 SMA was providing support earlier this week, so the probabilities that it turns into resistance now are pretty high.

The stochastic indicator on the H1 chart is well overbought and it is becoming overbought on the H4 chart too. So it looks like the retrace higher might be over soon. That’s why we took this trade. The climb has stopped, so hopefully we will move lower soon.