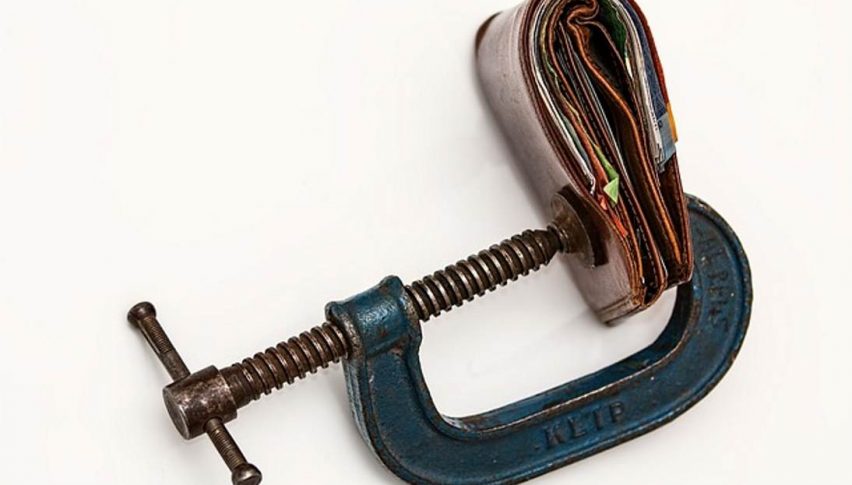 It has been a tight one on the forex, with small daily ranges being the rule across the majors. The USD is hanging in there posting small losses against the Euro, British pound, and Japanese yen. A moderate loss has been sustained against the Australian dollar, a product of positive action on the bullion markets.

Recent U.S. Treasuries auctions have produced surprise results, increasing the volatility in both equity and currency markets. A bit later on, the Treasury Budget is due to be released. It will be the first since the Trump tax cuts have gone into effect. The industry consensus is a growing deficit to $51 billion.

While not a traditional market mover, be aware of this release. In the event that there is a big surprise, look for upheaval in the debt markets to spill over into the indices and forex majors.

It has been an ultra-tight session for the EUR/USD. Thus far, the daily range is only 62 pips, with price trading between key technical levels.

As of this writing, the EUR/USD is rotating near the 1.2275 handle. Participation has been typical of a Monday. Here are the levels to watch for the remainder of the session:

Overview: It appears as if investors are happy to sit on the sidelines for today’s session. Moderate participation has led to a tight trading range ahead of the Treasury Budget report. For now, the EUR/USD is stuck in an intraday consolidation pattern.

This market is trading at a key technical level on the daily timeframe. Given the Bollinger MP/Daily SMA crossover, sentiment has shifted to bearish. Eclipsing topside resistance is going to be difficult without a fundamental catalyst.

For now, there is a trade setup for the EUR/USD over on the signals page. Be sure to check it out for details on how to trade the EUR/USD from a position of strength.