In recent times, Monday would have been considered a little on the quiet side. US equity markets continued the bounce and that meant we saw a contraction in volatility for the time being.

The USD was also a touch weaker which meant there were some major currency pairs that found some strength. The AUD was one of those as we saw a bit of a rebound. The Aussie has been selling off particularly hard and fast over the last few weeks so it’s not surprising to see some upside.

Bitcoin (BTC) along with the other cryptocurrencies continued to be a strong performer. After dropping back to 8000, buyers swept in and we are pushing back to the 9000 level. As mentioned yesterday, 9000 marks a 50% retracement off the most recent lows.

Today is another relatively quiet one on the data front, although we have UK CPI and GDP out of Japan.

The USD has fallen back into a trading range and hasn’t quite been able to push above resistance. The bottom, for now, is likely to be 90.00 with the top at 90.50.

I’m more bullish on the USD now and I’m expecting the recovery to continue. Much will depend on US CPI which is due out on Wednesday. 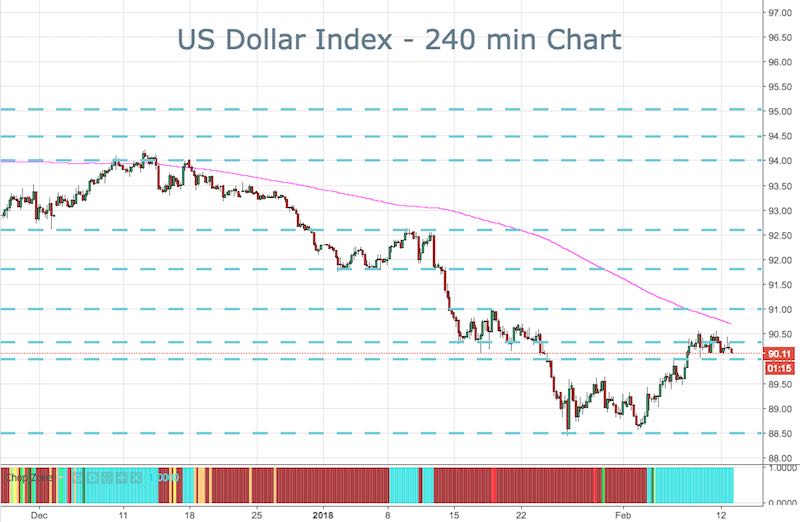