Markets on Friday: The Greenback Runs into Resistance - Forex News by FX Leaders

Markets on Friday: The Greenback Runs into Resistance

The Dollar ran into resistance yesterday as the buying interest that has been around for a couple of sessions now finally dried up.

Much of the focus what in Europe where the ECB released the minutes from their most recent meeting. The key takeaway was the fact that they are really in no hurry to change their stance on monetary policy.

The ECB like many central banks has been buying bonds to try and prop up the struggling economy. That has effectively depressed their currency and investors are waiting to see when their monetary policy will return to normal.

While it appears there is scope to wind things back, ECB President Draghi doesn’t seem that interested just yet. The Euro bounced a touch, but that was thanks to a weak USD.

The tried to push higher but ran into overhead resistance. The 90.00 level has held up once again and this time we can see on the H4 chart that the 200-SMA was also a point at which the sellers stepped in.

After we’ve heard from both major central banks in as many days, I am still reiterating my stance that the Dollar is on an upward path.

Rates will rise and that should mean money flowing into the US. It might be choppy times ahead in the short-term, but I’m maintaining my bias. 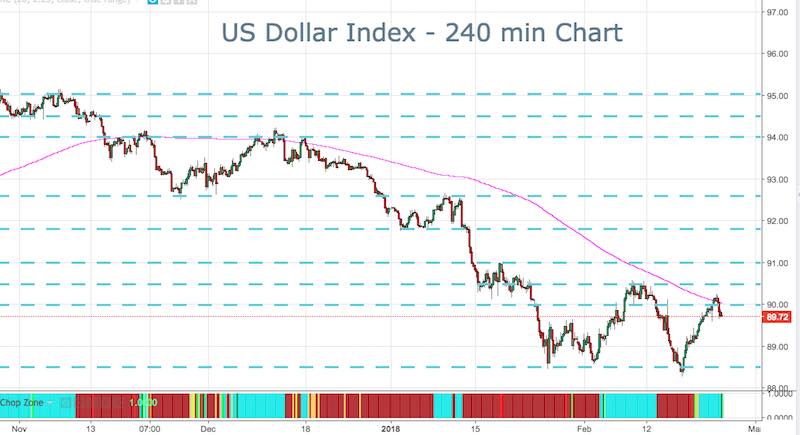 Polkadot Price Prediction - Why and Where is DOT Token Surging?
3 months ago