Bearish Dragon on Gold – US Services PMI Ready for Action

Gold remained flat during the Asian session after bouncing off the $1305 support zone on Friday. The risk-off sentiment seems to support the yellow metal, while technical patterns are suggesting a potential bearish reversal. What next?

The dramatic reversal in Gold prices was caused by President Donald Trump. Two days after the decision of his 25% increase of duty on steel imports and 10% increase on aluminum imports, Trump replied to threats of reprisal from several countries by announcing that he would step up any tit-for-tat standards.

He threatened to impose new taxes on European Union cars as tensions intensified over a possible trade war that Trump has said would be a good thing.

Consequently, investors are uncertain about the next move from US peer countries. Is this the beginning of a new trade war?

On the 4-Hour chart below, the yellow metal Gold has formed a bearish dragon pattern which completed it’s C to D wave near $1,326. Therefore, we can expect a slightly bearish trend in Gold before the release of US non-manufacturing figures later today, assumed to be negative. 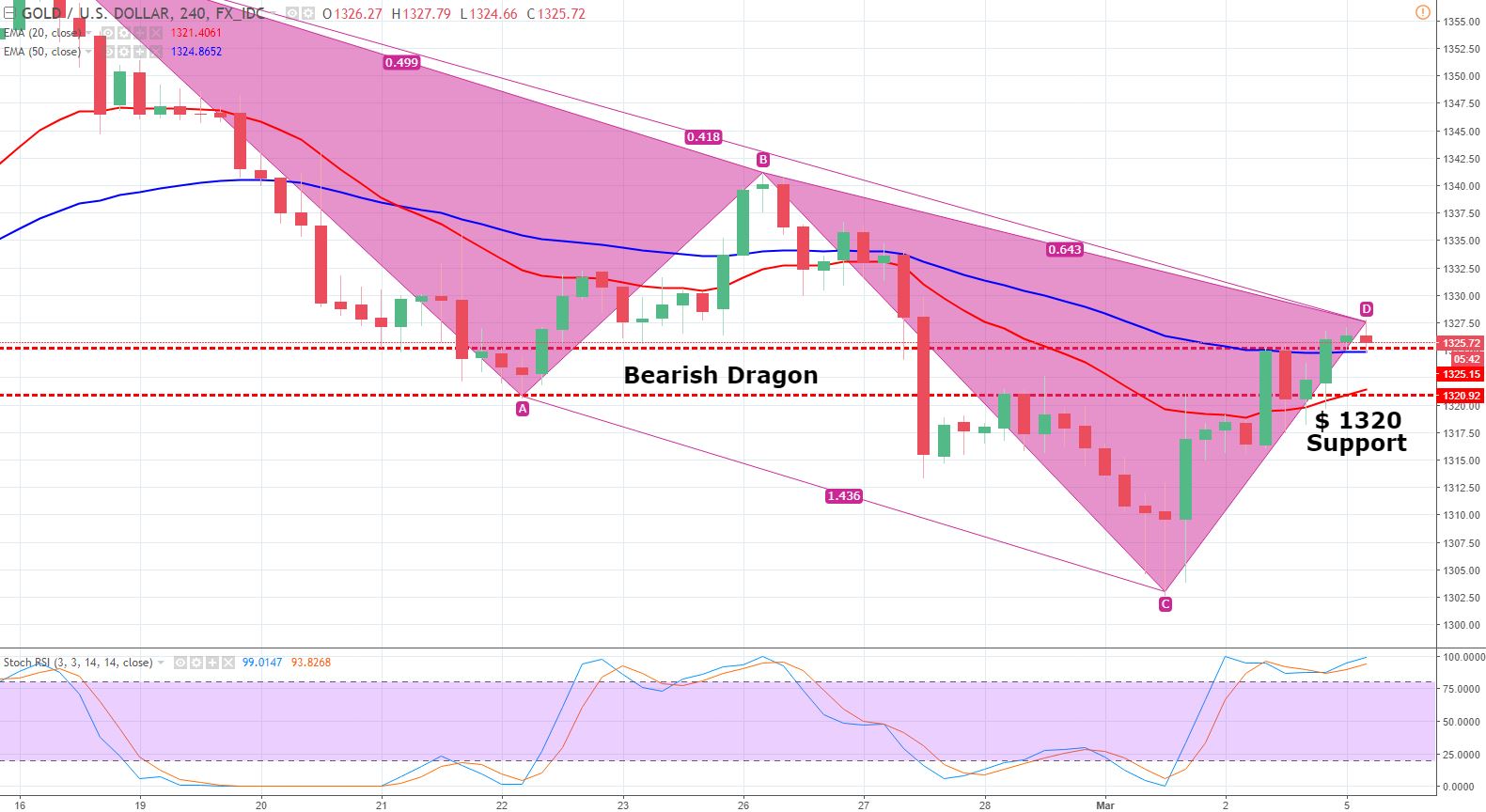 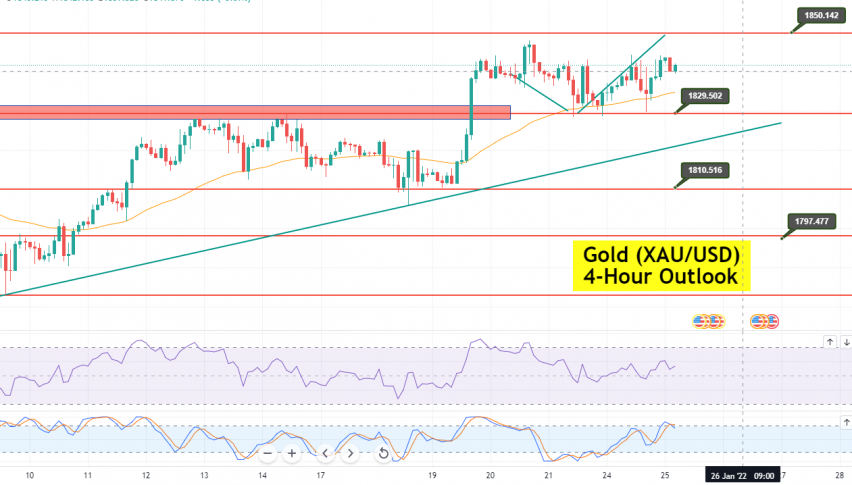