US President Trump and his new tariffs have certainly been a talking point over the last few days. However, US equities managed to shake them off on Monday and put in new highs.

The interesting one ended up being the CAD who took some heat. The USD/CAD traded at its highest level in nearly 12 months. Price also took out the important resistance level at 1.2900.

Bitcoin (BTC) has been another strong performer in recent times. It appears the digital currency is getting set for a run at the highs. We haven’t been able to crack the 12,000 level since the large fall from grace. Today will be an important one for the digital currency.

Key support at 90.00 continues to hold up despite all the talk around a looming trade war. The dollar was actually stronger in early trade but lost a bit of steam as the session went on.

While I’m still long-term bullish, in the short-term we’ve certainly lost some steam. I think we are going to have a hard time crossing the 90.50 and 91.00 levels in the coming week. And if anything I would suspect there might be some downside ahead. 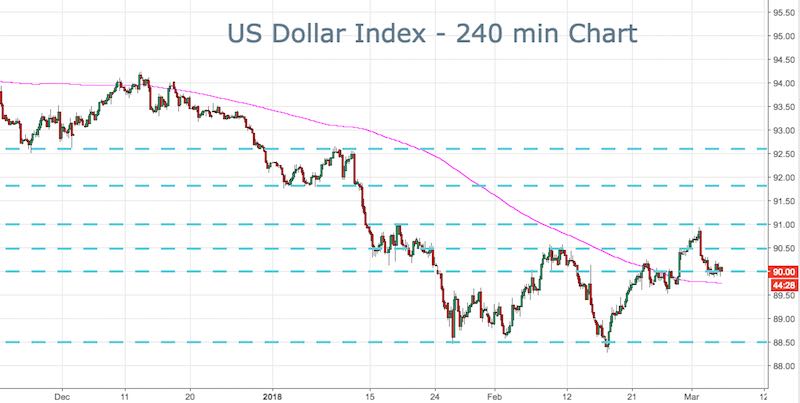