The GDP report finally came out. The forex market has been agitated in the last two day waiting for this report to come out. But now it’s not doing much to be honest. It happens quite often in forex before a big event, the market makes crazy moves as forex traders adjust their positions, then nothing happens after the release.

Although, the US Dollar is starting to gain some momentum after the positive GDP report. This is the third and final reading for the Q4 2017. The second reading came at 2.5% while this time the Q4 GDP was expected at 2.7%. 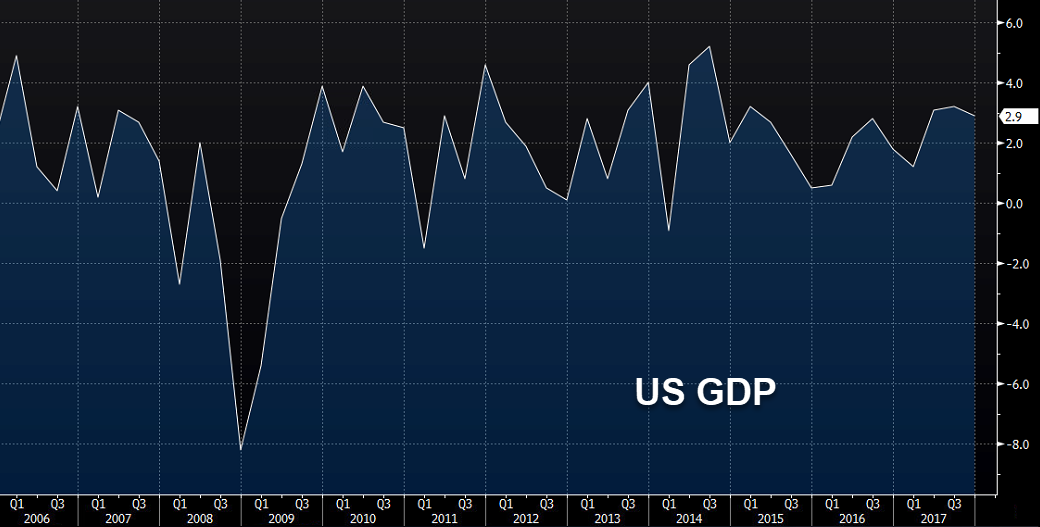 A small decline from the previous quarter but still upbeat

The actual number came at 2.9%, so the report is pretty good. The details were pretty good as well. Personal consumption grew by 4% against 3.8% that was the consensus previously. This is the biggest increase in consumer spending in the last four years.

If you ask me, this is the most important indicator un this report. If consumer spending increases, then businesses will eventually do better too in the near term future. In fact, business investment picked up as well, particularly investment in business infrastructure.

Hopefully, businesses will increase wages and salaries for employees as the situation improves, because wages have been a headache for the FED. But, the lack of skilled labour is a major factor that wages are not picking up that fast in the US. I heard that in the rust belt states, there are 20 job announcements that require skilled labour and just one application, so it’s going to be an uphill battle.

As I said above, the USD didn’t do much in the beginning after the GDP report was published, but now it is gaining some pace. EUR/USD is 60 pips lower at the moment. I was thinking of opening another sell forex signal around 1.2450, but we didn’t get our wish fulfilled today.

Can Bad News Be Good News for the Euro, As the World Turns Upside Down?
6 days ago