The week ahead looks certain to be another nervous one for investors. Last week ended with more pain as the toll from the tit-for-tat trade wars between the US and China continues to have an impact.

The S&P 500 took another hit on Friday and the next stop appears to be the February lows that rattled world markets.

The USD will also face two important updates. One will be the FOMC minutes, which will follow the most recent rate hike in the US. We also have CPI, which is expected to be pushing into the 2% range which is right in the Fed’s sweet spot.

For EUR/USD traders we also get to hear from the ECB via their own minutes. The last few meetings and minutes have given very little away and have largely been non-events. So we are predicting the same for this instalment.

Bitcoin has seen a little bit of life over the weekend and is back testing resistance at 7,000. The trend has certainly been to the downside and there will need to be some serious buying to get the digital currencies moving again.

The USD failed as we expected it might. There appears to be too much negative sentiment surrounding the trade wars to really gain any momentum.

A strong CPI and PPI might see the dollar gain back the lost ground and retest those levels. In truth, any of the major releases can potentially see us move higher.

The one big unknown will be what US President Donald Trump has to say this week. If the negative rhetoric continues, then it’s unlikely we’ll gain any traction. 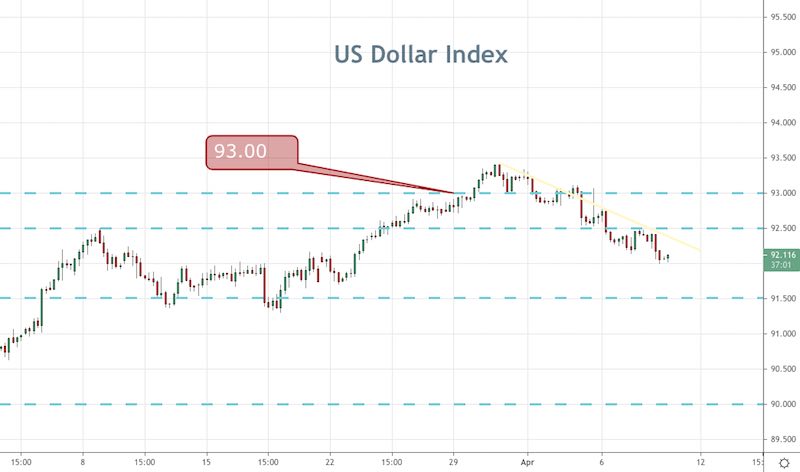