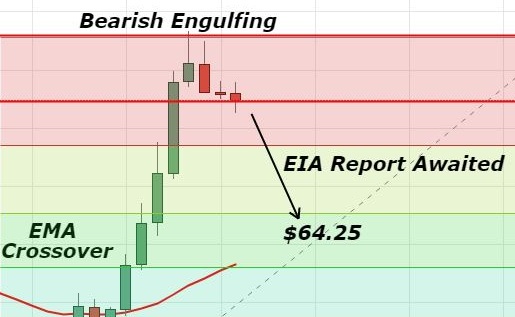 Yesterday, Crude Oil soared to a multi-week high as the markets have been tense regarding escalating tensions in the Middle East. Moreover, the API report fueled the bullishness of Crude Oil. For now, investors are focusing on the EIA report which is due to release during the New York session today.

One of the major reasons for the bullish moves in Crude Oil is the stockpiles report from API (American Petroleum Institute). As per their report, the crude oil inventories reported a drawdown of -189K. Perhaps, investors have increased Crude Oil demand over the uncertainty. In response to a suspected poison gas attack, the United States and its associates are considering air strikes against Syrian President Bashar al-Assad’s forces. 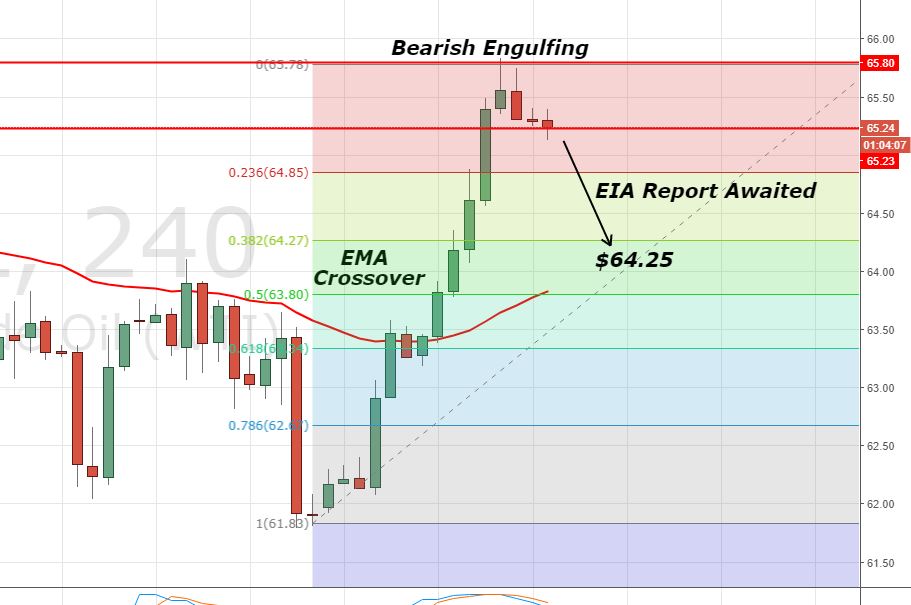 Fellas, Crude Oil was struggling to break below $65.25 and also formed a Doji candle on the 4-hour chart. Therefore, closing earlier profits was a good idea. Now, I will wait for the EIA report before placing another position. Keep an eye on $65.23 as above this, there might be a bullish reversal. On the other hand, I will take another sell on the breakage of $65.20. Good luck!