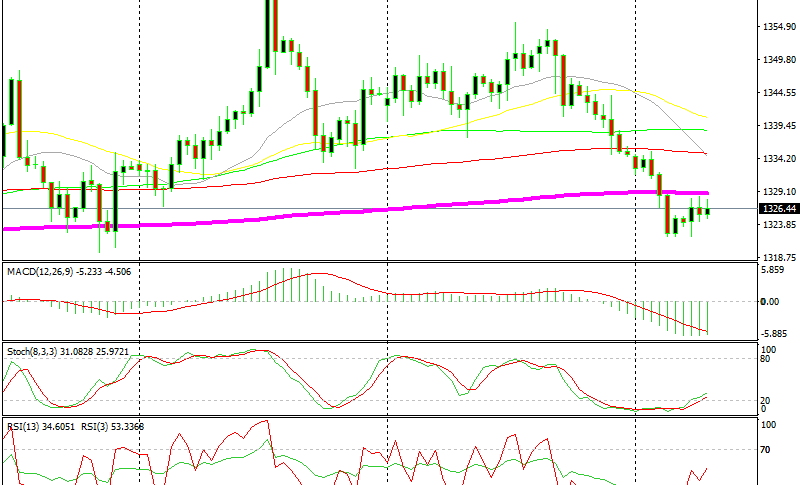 Gold is finding resistance at the 200 SMA

Gold turned bearish by the end of last month. It has lost around $33 so far following a steep downtrend. The market sentiment has improved which we can tell from the recent uptrend in USD/JPY.  The safe havens have been beaten up which is one side of the story. The other side of the story is the strength in the USD in the last several days.

Yesterday though, Gold started making a retrace up. That retrace is stretching further up today. If you see the hourly chart in Gold, you will see that the price has finally moved above the 20 SMA. It moved above it early in the morning and now that moving average has turned into support.

This means that the trend is weakening or perhaps a decent retrace is underway before Gold resumes the downtrend and the next move down starts. 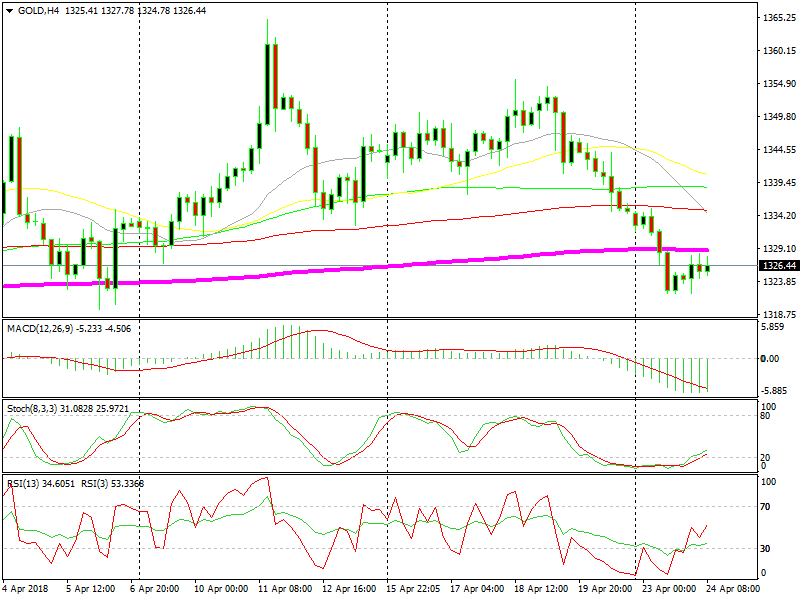 The 200 SMA has now turned into support

That might happen right now, actually. As you can see from the H4 chart above, Gold has reached the 200 SMA (purple) which is providing resistance. This moving average has provided support many times before, so it is an important indicator for Gold on this time-frame chart.

Stochastic is not overbought yet, but it is oversold on the H4 chart. So, this might be a good opportunity to sell actually. I will consult my colleague Arslan because he is in charge of Gold signals and maybe we will open a forex trade here.