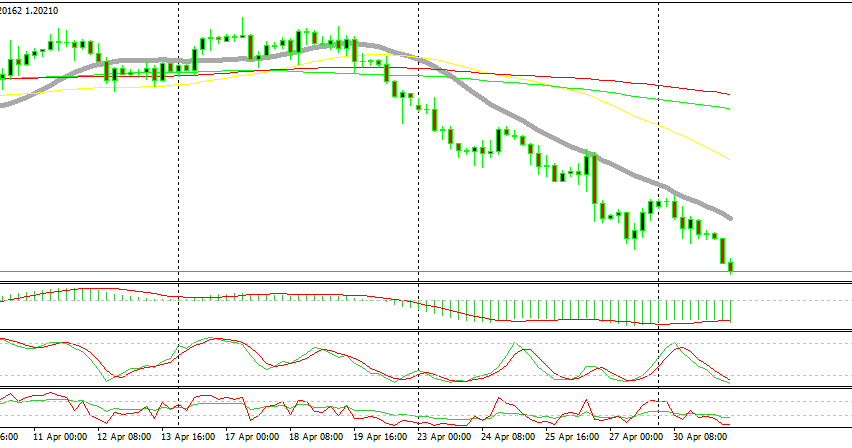 The 20 SMA has been a very solid indicator recently

EUR/USD has provided an interesting chart setup for sellers. I opened a sell forex signal in EUR/USD based on the H1 chart. The chart was oversold and the 50 SMA (yellow) was providing resistance on top.

We sold this pair at 1.2127. However, it ignored the H1 chart and moved higher, above the 50 SMA. No worries, I had consulted the H4 chart before opening that forex signal. EUR/USD had respected the 20 SMA on this time-frame, which was holding around 10 pips higher.

As you can see from the H4 chart above, the price continued higher but only by 10 pips. It got close to the 20 SMA (grey) on the H4 chart and started feeling weak. The price formed a doji candlestick, a reversing signal.

The stochastic indicator reached overbought levels, meaning that EUR/USD is overbought. Now, the picture on the H4 chart looks like the perfect bearish setup hinting that the forex pair is turning bearish again. The trend has been bearish for more than a week, so we are in the right direction.

The German retail sales came out negative earlier this morning, so the fundamentals are on our side as well. We’re about 20 pips in profit now so everything looks good. It seems like we will start the week on the right foot with forex signals, after the profitable week that we had last week. 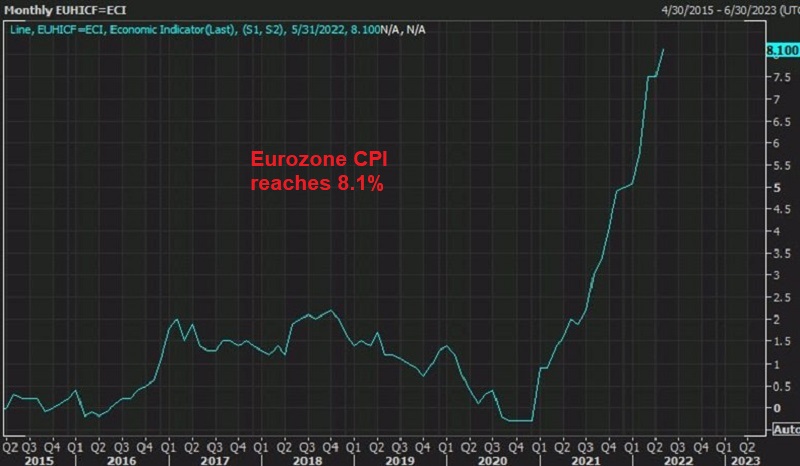