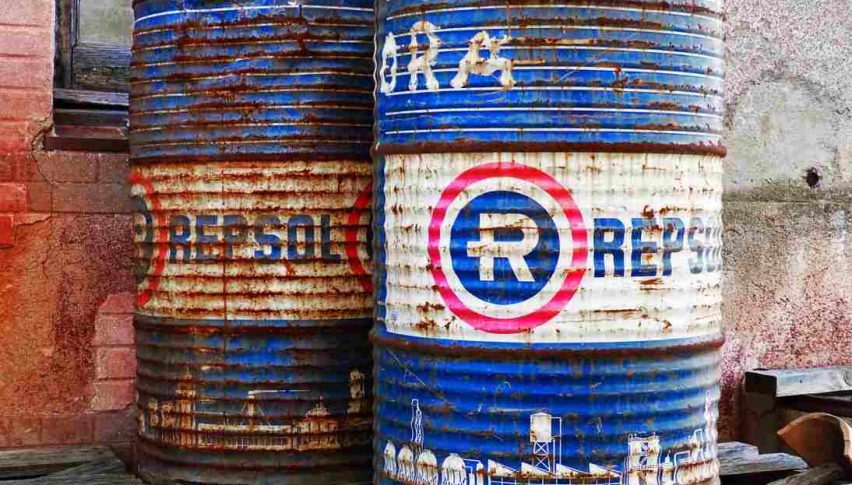 The WTI Crude Oil Inventories Are In, Traded Volumes Large

A Tight Friday Range Gives Us A Chance To Scalp On Monday.

It has been a banner week for the oil trade. With breaking news out of Iran and the North American travel season kicking off, WTI crude has been consistently catching bids. It appears that $75.00 WTI is a possibility for May.

Earlier, the EIA Crude Oil Inventories report came across the newswires. The release completed the first full inventory cycle for May. Here are the hard numbers:

These numbers represent shrinking supply and are typical of the season. However, given the prevailing global geopolitical situation, we may be looking at a perfect storm in the crude markets. Tensions in Iran, OPEC production cuts, and spiking U.S. demand compliment a long-term bullish view in WTI crude. Add a strengthening dollar to the equation and the stage is set for a bull run in oil.

Overview: Picking tops is a brutal sport and one that can devastate a trading account. For now, the technicals and fundamentals are definitively bullish. Any position shorts should be taken with limited leverage and/or moderate profit targets.

In my view, a test of the $75.00 level is on the way, possibly as early as Friday. However, the long-term prognosis is a bit more complex. The futures chain for WTI crude remains inverted. In fact, the May 2020 contract is being priced at $58.00.

It is important to respect the production capabilities of North American fracking operations within the context of an energy-friendly Trump administration.

In the event that oil pricing becomes a drag on the U.S. economy, any number of policy moves may come into play boosting supply and capping short-term energy valuations.