During the early European session, the WTI crude oil inched higher but held near the two-month low. It’s mostly because of a rise in EIA oil inventories and record weekly domestic production.

On Wednesday, the EIA reported a build of 2.1 million barrels inventories, compared with analysts’ expectations for a decrease of -2 million barrels which gave traders another reason to short the crude oil.

Secondly, the oil shortage from Venezuela is keeping the oil prices on hold. In case you are wondering what Venezuela has to do with oil prices, it is one of the world’s largest exporters of oil and has the world’s biggest oil reserves at an estimated 296.5 billion barrels (20% of global reserves). It’s also facing the threat of U.S. sanctions which may halt oil supplies.

Technically,  the RSI below 20 suggests that oil is oversold and needs to retrace back a bit before giving us further selling. On the daily chart, oil is likely to face a horizontal resistance near $66.15 along with a support near $64. 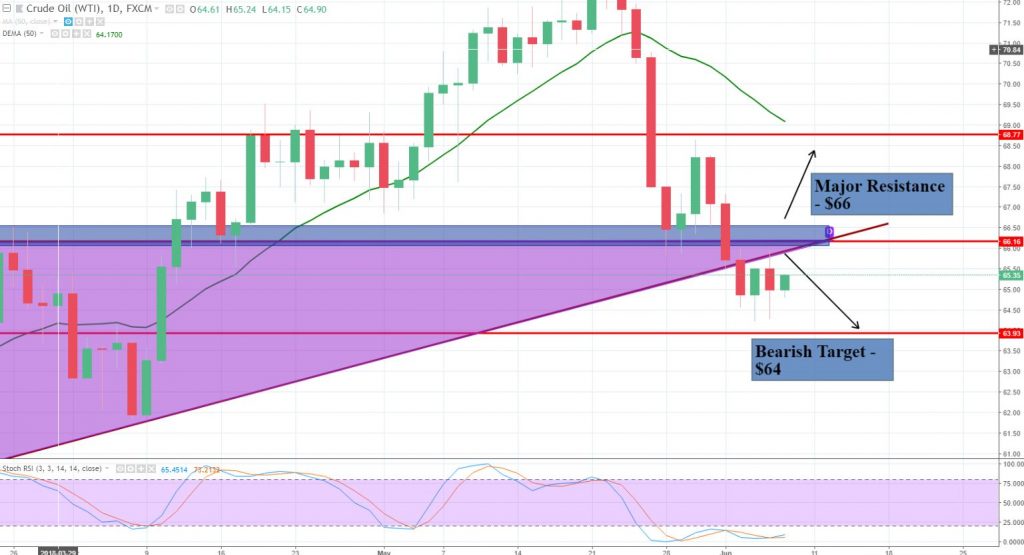