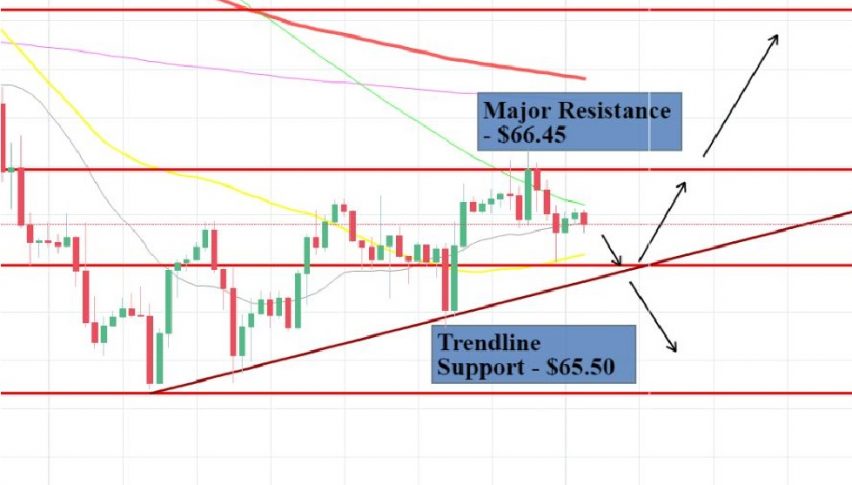 Most of the market is speaking about the impact of the Fed rate hike decision on trading gold, overshadowing the potential trade opportunity in crude oil. But we need to cater a few things before placing any bet on crude oil. Take a look…

Today at 14:30 (GMT), the Energy Information Administration (EIA) is due to release the stockpile report. This shows a change in the number of barrels of crude oil held in inventory by commercial firms during the past week. Economists are expecting a draw of -1.4M in crude oil inventories, which is a sort of bullish figure when compared with 2.1M build previously.

On Tuesday, the American Petroleum Institute (API) reported a rise in crude oil inventories by 830K barrels in the week ending on June 8. Since the EIA report is positively correlated with API, can we expect the EIA to report a build in inventories? Well, we have to see, but the bearish sentiments are keeping the crude oil prices in check.

Let us recall FX Leaders June 13 – Economic Event’s Brief, which discussed how the Fed is widely expected to hike the interest rate. But there’s a lot of debate going on about the upcoming rate hikes. In short, the hawkish tone from FOMC is likely to weigh on the crude oil prices and vice versa. So, better be ready to trade shocks from the FOMC and Fed rate hike on crude oil.

On the 3 hour timeframe, crude oil has formed an ascending triangle pattern which is signaling the buying behavior of traders. The pattern is extending a strong support near $65.50 along with a resistance at $66.5. 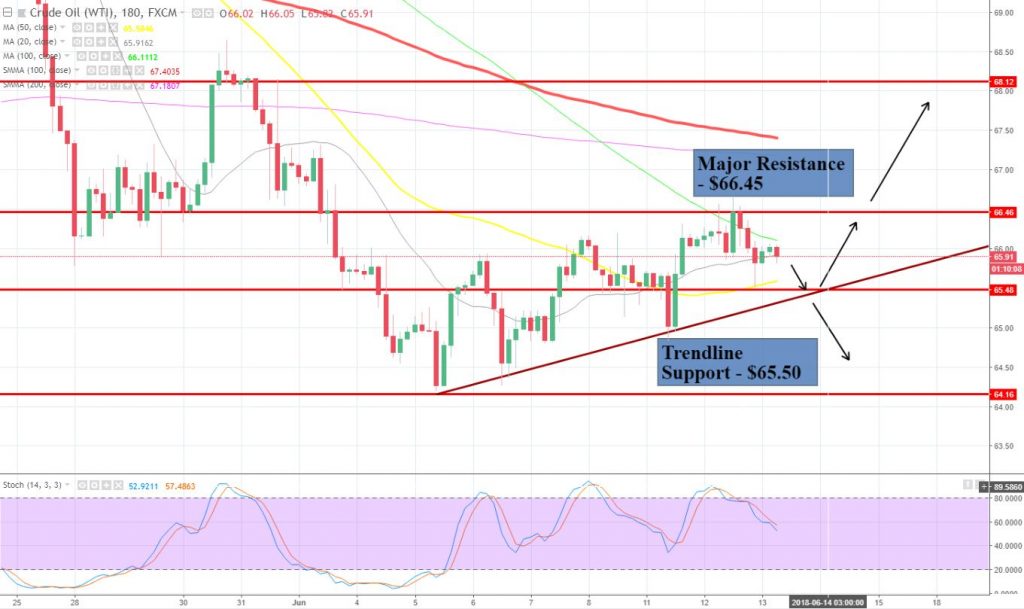 Historically, the ascending triangle pattern breaks upward, therefore, the violation of $66.45 is likely to lead the crude oil prices towards $67.40 and $68. That’s all about crude oil, now let’s wait for the EIA report to capture nice forex trading signal on crude oil. Good luck!