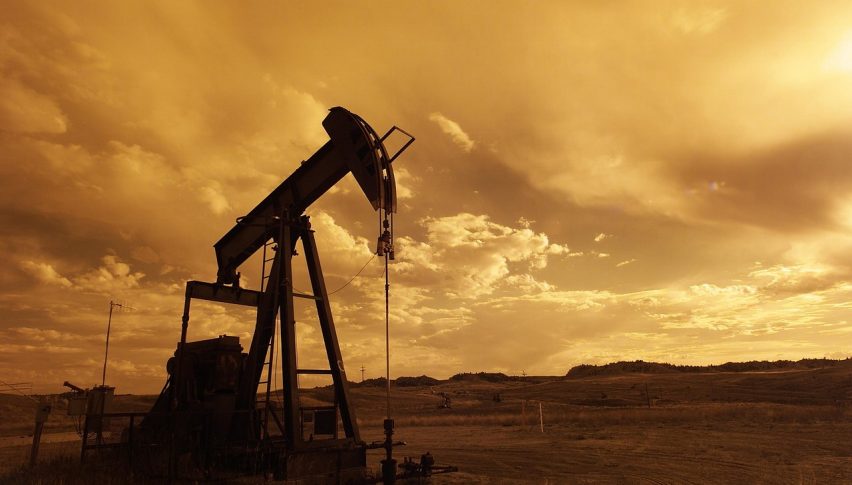 Crude oil began the week with a moderate gain over a number of fundamental reasons. The recent gains in the oil prices are led by weakness in the dollar in response to a rise in the U.S. interest rate from 1.75% to 2%. Moreover, the exchange of aggressive remarks between the U.S. and Iran is also fueling the demand. Here’s a trade idea for today…

Early in the Asian session, the U.S. dollar came under selling pressure despite the absence of economic catalysts. It looks like the investors are unwinding their position after a rise in the interest rates.

As we recall, there’s a negative correlation between the dollar and crude oil prices. Since crude oil is denominated in the dollar, a weaker dollar makes the crude oil cheaper for global investors. Thus, they increase the demand, perhaps in order to stock it for future use. That’s what’s making crude oil bullish today.

Crude oil is trading in the overbought zone after a series of bullish fundamentals. The candlesticks analysis is suggesting a bullish bias of investors. WTI is consolidating above $66.45 support on the 4- hour chart and it has formed a bullish engulfing pattern which is signaling the dominance of bulls. Oil can face an immediate resistance at $66.75 and $67.50 (100 periods MA). 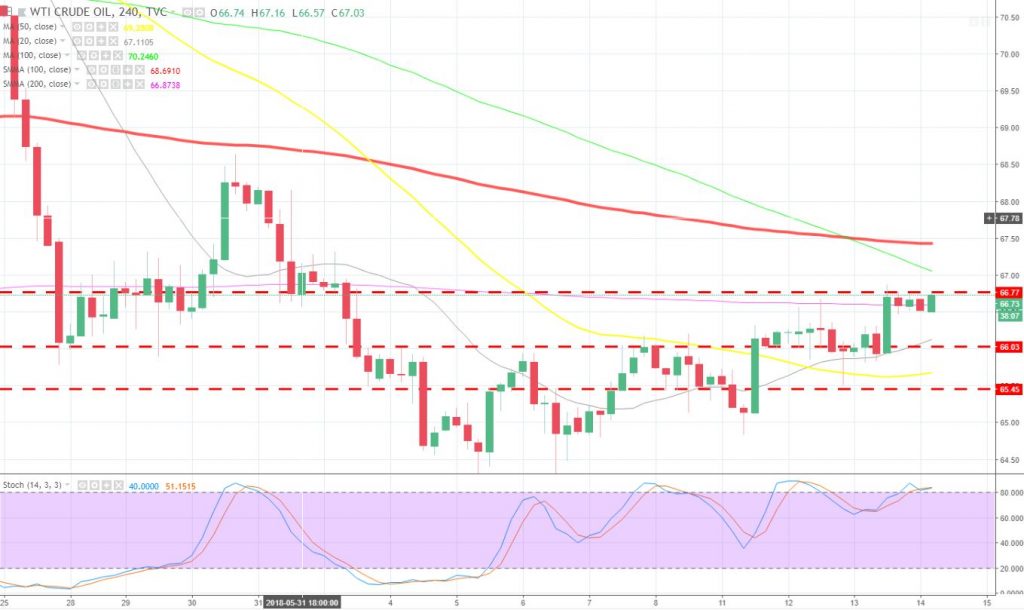